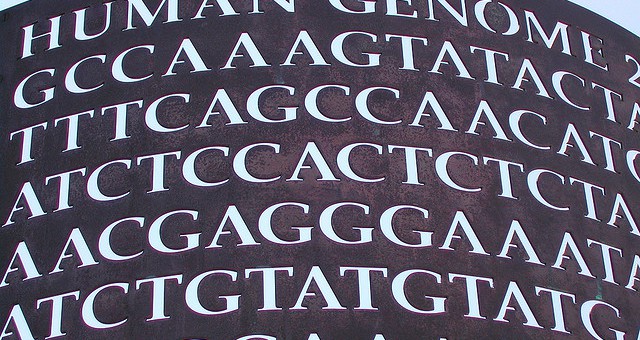 Science and society are intersected entities in the controversial discussion of Socio-Scientific Issues (SSI). This discussion is of high importance for a functional scientific literacy. This post aims to list the matching points between science as an enterprise and society that can spark a controversial issue or become an issue of dispute.

Describing the nature of controversial Socio-Scientific Issues is highly complex, as they are -at the same time- a product of discussion and a discussion per se. Individuals and social groups are engaged in those issues either as disputants, informants and informed and have roles of understanding, interpreting, arguing and deciding. Additionally, people are engaged either operating as individuals, as members of groups, or as institutional agents, having myriad interests and priorities, different levels of access to resources, different perspectives, and different modes of reasoning (Ross, 2006). These differences inevitably lead to multi-leveled and multilayered constructions that we call “Socio Scientific Controversial Issues”: A dispute about how social, political, and economic life should be organized and conducted.

The controversial nature of the issue is evident in all three stages: Different actions of several groups create conflict in society. Different societal groups interpret the situation in different ways and, finally, they use different priorities and procedures in order to come to a decision. This post, due to space, will elaborate on the first of stages: the spark of the dispute.

The spark of the dispute: An issue is generated

The central and increasingly contentious role of science and technology in modern society has given rise to a plethora of scientific and public controversies over scientific and technical issues (Martin & Richards, 2005, Sadler, et al., 2004). Additionally science has a role to play in the resolution of many of the issues deemed controversial in all societies (Oulton, et al., 2004).

Science and technology affect the social: As social practices, science and technology do not simply affect society but they literally produce the social. Society is no longer the same after genetically modified plants have been released in the environment or after a specific virus (e.g., HIV) has been identified (Roth & Désautels, 2004, p.154).

Questions arise concerning the ascription of responsibilities to scientists: Scientists produce entities (bacteria, hormones, materials, etc.) that affect our lives and reconfigure social relations. It is predicted that the rapid acquisition of new genetic knowledge and related applications during the next decade will have significant implications for virtually all members of society (Lanie, et al., 2004). Cloning, stem cells, genome projects, global warming, and alternative fuels have become common elements of our vocabulary as well as in current political debates (Sadler, 2004, p.513). The modification of our environment and of human nature, are issues that concern societal groups in the age of the “risk society.”

What are the responsibilities of scientists? And how can the risks be assessed?  What if new methods of science like xenotransplantation might result in the transmission of viruses that would not only kill the recipient but could spread as an epidemic in the human species? What if the release of genetically modified crops in agriculture leads to environmental consequences, like the damage of non GM crops that we will never be able to restore?  In what stage of research should moral and ethical considerations of various groups enter the discussion? What is the point of discussing the moral aspects of a use of a product or a scientific method when it is already released?

The value of gaining knowledge, of seeking for the truth (the main core of science, but not of other social domains) constitutes in many controversial issues a reason for conflict. The pursuit of science as an activity is itself an implicit endorsement of the value of developing knowledge of the material world. (Allchin, 1999, p.2) A significant number of scientists believe they have almost a moral duty to investigate new areas of study. (Reiss, 2001)

However, this value can be questioned under the existence of other values or costs. There are views supporting that, when carrying out a piece of research, the information gained or ideas generated would be of worth. They would be capable to increase the sum of human happiness or produce some other desirable benefits (Reiss, 2001). As any other domains that shape public and private life, science and technology become legitimate objects of reflection on the part of all citizens (Roth & Désautels, 2004, p.150). The autonomy that scientists should have is questioned: public cannot assume naively that scientists can choose without any constraints their subjects for study (Reiss, 2001, p.180).

When it comes to government funds given for scientific research, significant disagreements may be sparked in the public because of the different values that groups of people assign to “gaining knowledge” under the microscope of other needs, or of morality. Priorities, as regarding funds, come up to the discussion: how can we know whether there are alternative possibilities for a problem to be solved and how would their efficacy compare with, new promising but yet risky or morally questioned methods of science? (Levinson, 2008) Why should we spend 6 million dollars for HIV diagnosis in a country like Uganda that is able to afford to spend some $57, 000 on malaria prevention?

Who is legitimate to decide about the usefulness of such research? On the other hand, what if future research, that would really be useful, is banned, because of “useless” current research?

Within the public, an undercurrent of fear is discernible in their concern that scientific developments could be misused (Gamble & Kassardjian, 2008, p.251). Scientists’ ethics and morals are under the microscope as there is a concern that scientists and science are untrustworthy and fallible.

A crucial issue that creates conflict is the ownership of information about significant findings such as human reproduction methods or health issues. Who should be responsible for setting down guidelines to use this information, given the moral and ethical issues involved? (Lazarowitz & Bloch, 2005, p.439) How would the guidelines and border lines of embryo selection, for example, be established? Who is responsible for setting those guidelines? Who should regulate cloning or the production of GMF? And what if, eventually, the use of new technologies becomes available, because of its cost, only to specific social classes?

In many cases the controversy, or parts of it, may arise regarding the procedures of science as well. Ethics in the society demand proper treatment of animals and humans, for example, regardless of whether they are subjects of research or not. Science is not exempt from ethics or other social values (Allchin, 1999, p.6) and the resolution of issues concerning science’s products or procedures entails ethical reasoning (Ratcliffe & Grace, 2003).

The embryonic stem cell research, for example, is under public discussion and even the research holds promise for the treatment and cure of devastating conditions such as Parkinson’s disease, Alzheimer’s disease, diabetes, and spinal cord injury, there are conflicting beliefs of several groups that the destruction of human embryos in stem-cell research amounts to the killing of human beings (Sandel & Phil, 2004, p.207).

The above analysis can be used as a framework that can predict conflicting points that will arise in a science classroom related to a SSI. Teachers might create classroom materials based on such analysis, or be prepared to organize discussions that will emerge during the discussion in the classroom. More about SSI discussions, especially disputes that emerge during understanding and interpreting the situation and decision making in a post to come.