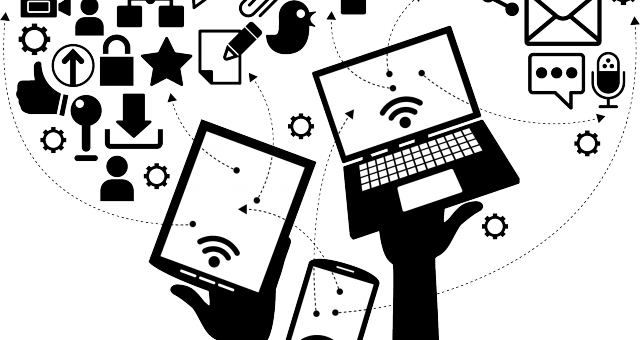 Considering that science is perennially a seeker of truth, it is essentially a vibrant discipline. I have explicitly utilized the term “essentially” because while we are all in our ways hungry to hear about science and scientific phenomena, doing things in the scientific way is neither easy nor automatically motivating. When I was very young, science used to be captivating. I remember the first time I used a lens and the excitement experienced as I observed the ants. I also remember unearthing a buried leaf to see that it had turned to a skeleton, musing about stars and dreaming on aliens. Unfortunately over time  and in later years during my education in science, the magic dissolved away, excitement abated and lustre was lost. There was nothing really magical in churning numbers, balancing equations and learning definitions.

I believe that initially science and scientific discovery is fun but as we move on to 11+ schooling all the magic will have vaporized away and what was once something to look forward to becomes a daunting task. Unfortunately it is also the time when science acolytes distance themselves away from the discipline and no matter how much those who persevere promise that it will get better, the damage will have been done. I can only wonder how many Curies, Mendeleevs  and Darwins are lost forever for the benefit of other disciplines.

Understandably as we move in to higher grades, science can become a challenge to both teachers; who, on promoting data and facts, strategically mold in new knowledge with tacit one; and the student who has to assimilate and eventually internalize what is being presented. Invariably transmission of facts from teacher to student has to take place somehow but as we push forward concepts of constructivism and inquiry based learning in science, things start to look better until the disconcerting task of seeking how this can be done is put up as a prerogative.

Invariably this is where I think that digital technologies can come into play. The path of integrating digital technologies in education was and still is nothing less than tortuous. While the coming of new technologies can bring new hope, any eventual change does not always equalize to progress. Taking it from recent history, the introduction, performance and validated output of technology in education is best described by recurrent vicious de/evolution cycles of failures (Heppell, 2011) and likened to a tour  of bygone trials through a cemetery of neglected tombstones Robertson (2003).

Interestingly enough I recognize two faces of the same coin. Firstly, digital technologies are nothing less than ubiquitous in people’s social lives. All around us these technologies have become so natural to us that as more people progressively appropriate digital technologies and discover new ways of enacting new forms of expressions out of them, these same technologies are disappearing in the background, taken nothing less than for granted and the natural way to go about things. But alas,  and secondly, as we celebrate this culmination of self-expression and individualism we also have to stop, step back and consider the relation between technology and schools. While the digital revolution has hit us squarely in the face and is changing the way people do things it has fallen short in transforming education and the classroom (Barber, 2013).

Schools are not immune to change but they also respond to it very slowly (Heppell, 2011; Facer, 2012; Gee, 2013). Heppell (2011) confirms that: “Education doesn’t have a very good track record with innovative technologies.” To summarize, when faced with emerging technologies the problem with education has always involved the focus on the wrong arguments, traditionally inclined to a simple productivity view of “[…] how can this new thing usefully improve what we are already doing? […]”, rather than, “[…] what new things might we now do?” (Heppell, 2011). In addition to what is being discussed, the inclusion of new technologies has always been met with suspicion, initially refused in educational contexts to be then accepted, often after being heavily censored. To mention a few, there were the ballpoint pens that were feared of ruining handwriting to be then accepted. Educators were also concerned that polychrome/colour computer monitors might be detrimental to the eyes (Ibid. 2011). From my own experience I remember the U-turn with the ban to programmable calculators in favor of higher order thinking that could be elicited without their use. Little was it realized that as calculators did all of the arithmetical computations, users could  in fact have more time to develop, test and confirm further and more, higher order thinking and ideas. Still in later years with the onset of the Internet in schools, the service has been subject to heavy filtering to make way for “[…] alternative parallel “equivalent” services” (Heppell, 2011).

While I believe that as educators our relation with technology in formal educational contexts is still in its infancy I also look forward at the new windows of opportunities that these digital technologies can offer to teaching and learning. Taking it from Gee, Thomas and Palfrey (2013) while the digital world appears to be increasingly flat in everyday life, I think that it is an uphill journey for education. Still I think that these as very exciting times and I feel myself lucky to be here on the verge of a new era that will launch us into a series of alternative pedagogies that require students to create new knowledge and connect it to the world by using the power of digital tools. I am also intrigued by the fact that research on digital technologies and education is largely dominated by psychological perspectives of learning and teaching (Selwyn, Facer, 2013). Ironically as the social aspect tends to be disregarded, trends in 21st-Century Skills elaborate on terminology reminiscent of the social context such as communication, collaboration, connectedness, citizenship, collaborative problem-solving and learning in digital and social networks. Thus as we conjure inquiry based learning as the central premise in the processes of learning science and ride the digital wave we should never forget that the strengths of these technologies lie in their social dimension. Therefore it is only up to us to discover the best ways in adopting the same informal, social and learning aspects that are channeled through these technologies but in this case into formal educational settings.