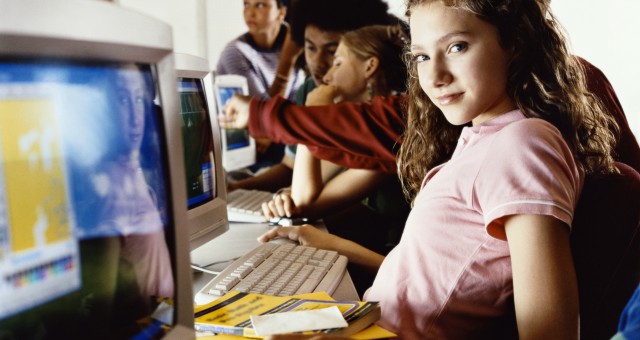 IRIS (Interests and Recruitment in Science) [1] is an European 7th framework project that focuses on the challenge that few young people in general, and women in particular, choose an education and career in science and technology. IRIS contributes to the improvement of recruitment, retention and gender equity patterns in higher education. To acquire information about the factors that influence the educational choice of young people, a questionnaire was developed by the IRIS consortium coordinated by the University of Oslo. Associated partners in the whole of Europe were invited to take part in the comparative questionnaire survey. This study will report on the experiences and findings of the survey conducted in the associated partner countries Austria and Germany. Additionally, qualitative interview data from Austrian biology students are enclosed [2].

The IRIS questionnaire was based on Eccles et al.’s model of achievement-related choices [3] and on Bandura’s theories on the role of self-efficacy beliefs [4]. These theories provide a framework to investigate the central aspects that influence an individual’s educational choice. The research questions focus on two constructs that directly influence achievement-related choices: The expectation of success and the subjective task value. According to Eccles at al. [3], personal identity (student’s self-concept) and social identity (how he or she sees himself or herself in social categories) influences the expectation of success and the subject task values. Therefore, a further research question deals with the connection between study choice and students´ identity. The IRIS questionnaire was completed by science and technology students at the end of their first year of higher education (Germany: N=2336; Austria: N=1344).The findings allowed the identification of fostering and hindering factors for choice and retention. The experiences in secondary school were important when choosing a STEM study. “Good teachers” were identified as the key persons and “interest towards the subject” the key factor that influenced the study choice. The implications for supporting first-year students and preventing drop out can be summarized as follows: High-school teachers have to be aware of the fact that students have to understand that STEM education is interesting and meaningful for their future. STEM education will be a possibility to realize their own potential. It is important to strengthen students’ self efficacy and to reduce the impact of perceived cost. Support is necessary in the form of social and academic integration and by creating opportunities for interaction between students and the teaching staff and by offering mentoring systems especially for female students.

IRIS (Interests and Recruitment in Science) is a European 7th framework project focusing on the challenge that few young people in general, and women in particular, choose an education and career in science and technology. In order to develop strategies to recruit and retain students – women in particular – in STEM we need more information about the priorities, values and experiences underlying first year students’ educational choices. Project IRIS aims to contribute to the improvement of recruitment, retention and gender equity patterns in higher education. To acquire information about the factors that influence the educational choice of young people, a questionnaire was developed by the IRIS consortium. Associated partners in whole Europe were invited to take part in the comparative questionnaire survey. This study will report the experience and findings of the survey conducted in Austria and Germany. Additionally, interview data from Austrian biology students contribute qualitative data.

2       Theoretical Frame and Question of Research

The IRIS questionnaire is based on Eccles et al.’s model of achievement-related choices (Eccles et al., 1999) and on Bandura’s theories on the role of self-efficacy beliefs (Bandura, 1997). These theories provide a framework for investigating the central aspects that influence an individual’s educational choice. According to the expectancy-value theory, “individuals’ choice, persistence and performance can be explained by their beliefs about how well they will do on the activity and the extent to which they value the activity” (Wigfield & Eccles, 2000: 68). The motivation of an educational choice consists of two main aspects: the student’s expectation of success and the value the students hold in this particular option. It is assumed that students most likely choose courses that they think they can master while also having high value for them.

According to the theoretical frame, the main research questions focus on two constructs directly influencing achievement-related choices: (1) the expectation of success and (2) the subjective task value. According to Eccles at al. (1999), personal identity (student’s self-concept) and social identity (how he or she sees himself or herself in social categories) have an influence on the expectation of success and the subject task values. Therefore, research question 3 deals with the student’s identity.

In Germany and Austria the IRIS Q was completed by science and technology students at the end of their first year of higher education (Germany: N=2336; male: 58%, female: 42%; Austria: N=1344; male: 672, female: 672). The majority of the questions are closed items. The categories of response were mainly five-point Likert scales, ranging from “Not important” to “Very important” or from “Strongly disagree” to “Strongly agree”. A few items in IRIS Q were open-ended. The IRIS Q was in an electronic format and the data was analyzed in SPSS, using descriptive and factor analysis.

To gather qualitative data about students’ choices, interviews with 18 female biology students (9 diploma students and 9 teacher education students) at the beginning and at the end of their first year of higher education at Vienna University were conducted (Mauk & Elster, 2011). The guideline-structured interviews were analyzed according to the paradigm of the Qualitative Content Analysis (Mayring, 2000).

According to Eccles’ expectancy – value model I can report the following findings.

The expectation of success of male students is significantly higher than that of female students (p<0.01; 4 items; α=0.7; item example: “I am confident that I am good enough at the subjects in this course.”). These gender differences can be reported from the Austrian sample as well as from the German sample (questionnaire survey).

The subjective task value is subdivided into four components:

The interest-enjoyment value covers the level of interest the young people have in the subject matter, and the extent to which one expects to enjoy studying the subject. It covers interest and intrinsic motivation (Ryan & Deci, 2000). Most of the students in Germany and Austria are very interested in studying their specific subject. However, 22% of the female students and 14% of the male students in Austria think about opting-out of their study program; in Germany these are 14% of the females and 12% of the males. The reasons for this include a lack of interest in the content of the course, the overall quality of teaching and the quantity of subject content.

The attainment value refers to how personally important it is to succeed with the education in question, and how well it fits with the individuals’ identity. Most of the students in Germany and Austria are satisfied with their course choices. Male students feel more confident in succeeding with the educational course than females (p<0.05; 3 items; α=0.78).

Utility value regards how helpful a certain educational choice is in reaching one’s personal goals. It is analog to extrinsic motivation (Ryan & Deci, 2000). Female students in Germany as well as in Austria are more extrinsically motivated or influenced to choose a certain course compared to their male colleagues (p<0.01; 5 items; α=65). For females it is more important to “Get as secure job” and to “Start to make money as soon as possible”. For German students it is more important to earn a high income than for Austrian students. “Working with something that is important for the society” as well as “Helping other people” is especially important for females.

Relative cost refers to the negative aspects related to one educational option compared to another option. For German students the financial costs are more important when deciding to study a special course than for Austrian students. (German students: M 2.83; SD 0,85; Austrian students; M: 2.35; SD 0,75; p<0,01)

According to the findings of the interview study with 18 biology students the expectation of success of first-year-students is mainly based on their school experiences: most of the biology students estimate their subject knowledge to be very high. They “feel confident for having chosen the “right” study for themselves.” (Mauk & Elster, 2011). The expectation to be successful in concrete lectures (in near future) is not as high as the general expectation of success. The study contents are seen to be difficult, comprehensive and time intensive to learn. Every third student is not sure to be able to fulfill the requirements.  But the interest on the subject level and enthusiasm and joy are high. “It is important for me to develop myself”, “to work in an area of socio-scientific importance”, “to do something that is of interest for me”, “to work in the field of environmental education”, “to utilize the own abilities”, are factors that influence the study choice in a positive way as well as “good job prospects” and the estimation “that the job of a biologist will be important in the future”.

The social contacts within the fellow students are estimated to be low and disappointed. For Viennese biology students financial costs are not really relevant: “personal education is not the right place to save money”. Comparative costs like “only little spare time” are seen to be typical for a biology study.

The findings of the questionnaire survey allow the identification of fostering and hindering factors for choice and stay in STEM studies. It shows that gender influences the choice and identifies some country specific differences.

The findings of the interview study support to understand biology student choices and help to identify supportive and hindering factors that influence the satisfaction with the study choice.  More specific findings, especially qualitative data from the interview survey, will be presented at the conference.

As IRIS is an international comparative project, it is assumed that the study is of interest for Scientix participants from different countries.