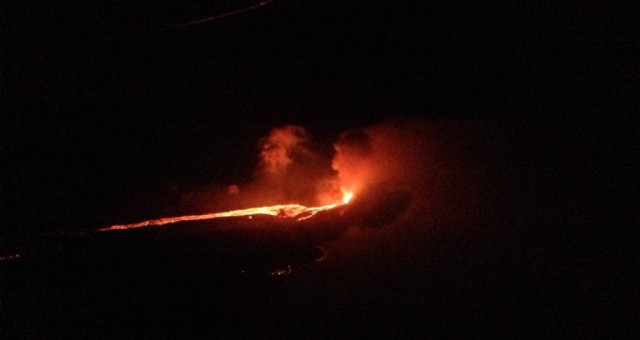 Living in rural Iceland has never been easy. This is best demonstrated by Iceland’s population density of 3.1 /km2 compared to 73.4 /km2 in Ireland (which is rather smaller than Iceland) and 102 /km2 in Cuba (approx. the same size as Iceland). Living in Iceland has always revolved around the ever looming presence of death.  This has also been the main drive of innovation in the country. Knowledge has always been the key to survival.

The first known example of using geothermal steam for heating a home in Iceland is dated around 1200. Even the name, Iceland, can be traced back to man’s use of science and the limits thereof. In the latter half of 9th century a Norse adventurer named Floki is said to have used ravens to locate this mysterious island far north in the Atlantic. Having found a bountiful and beautiful island in full summer bloom he got careless and almost starved to death when the harsh winter got a grip on the West fjords where he had settled down. In the spring he sought a way out but found every fjord full of ice – hence the name. A name served as a warning to others.

Nordic people also settled Greenland in the same era. A few centuries later every single person there was dead and gone. The same fate has stared Icelanders in the eye many times in the 11 and a half centuries since the island was first settled. The population now stands just below a third of a million. And even now the reality is harsh every now and then. Just in the past few weeks in Reykjavik, the capital of Iceland, a couple of people have lost their lives because of bad weather. And for a few moths now people in many areas of the country have had to take extra care because of poisonous, volcanic gasses carried by wind off the highland into the villages due to an ongoing eruption which will probably end up as one of the biggest in recent history. Maria Valberg priciple in Flateyri starting a Skype-session with Austria

Innovation is not just an attractive idea in the rural areas of Iceland. It is a necessity. The people of the Westman-islands (near the south coast) woke up one winter’s night in 1973 to discover that the island had split apart in a volcanic eruption. Due to a mixture of luck and ability only one person died when the lava flow slowly but surely ate away part of the fishing town and came close to closing the harbor, the main way of escape. The people of Flateyri in the West-fjords were not so lucky in 1995 when a huge avalanche tore through 29 homes, killing 20 people.

Today both places are at the forefront of innovation in education in Iceland. The students in Flateyri regularly use Skype to stay in contact with children all over the world. When you walk down the school corridors you see a variety of student projects, almost all of which come to life if you look at them through a smartphone or a tablet due to codes or auras. Maria Valberg the principle of the small school has embedded technology into every aspect of school life in this small fishing village. The Westman-islands are the hub of the Fab lab network in Iceland. An impressive ever-growing network currently reaching every area of the mainland in addition to the Westman-islands. Sverrir Jonsson, a young design and technology teacher, has even started building his own creative lab in one of the schools in addition to official Fab lab used extensively by him, other teachers and of course the students.

Both municipalities have also started teaching coding to young children even though Iceland is not one of the many European countries to change the curriculum to contain coding.

By the end of this century the old West (Europe and North America) will probably be home to less than 10% of the population of the world. The economy in Europe is on a slope which probably can not be canceled out by anything less than a new set of 21st century skills and massive innovation. Other teachers in the West-fjords learning from Maria Valberg

In many ways counties on the fringes of Europe will lead the way due to their adaptive nature. There probably will be more security in flexibility than size. Iceland is an example of this. So are many countries in eastern Europe. Despite many hindrances in the way of great education in the rural areas it is becoming increasingly clear that IT is clearing the path of equal access to the best available information and skill sets. The bigger a learning society is, the slower this process. The greater the need for innovation, the faster the process. In Iceland the rural areas are guiding the way for the whole nation – as, in a way, they always have been. Or as the saying goes: “Necessity is the mother of invention” (brutally adapted to Icelandic as “Neyðin kennir naktri konu að spinna” – “Necessity teaches a naked woman how to weave”).