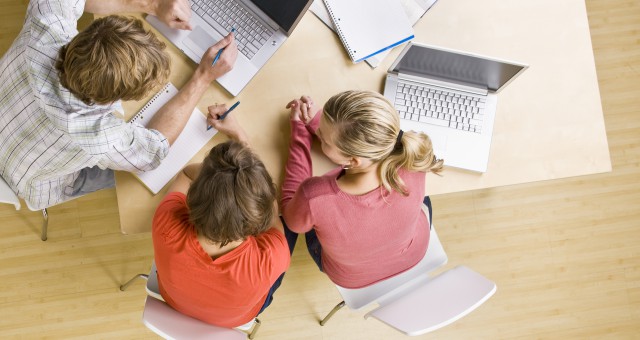 As technology is developing around us new teaching opportunities appear from time to time. Usually we can read enthusiastic articles how the new method will revolutionize education. Still if we look around in an average classroom we can’t see such a big difference in the last thirty or more years. You can see a good summary about it in this Youtube video.

In the teaching process the main question is what happens in the students mind and not what happens around them. So a new technology or method will make a difference if it changes the students’ way of learning.

I will show you how the video analysis can be a meaningful teaching method in physics. The main benefits are:

The video analysis project should be divided into two parts. In the first one the teacher demonstrates the method and the using of the software. In the second part students can make their own measurement, analysis. The first part will be introduced in this post.

Nowadays almost every student has a cellphone and almost every cellphone has a camera in it. It is a good opportunity to involve students and link physics to reality. We can make a video about any kind of motion in the classroom. My favorite is to film how a student jumping up because it creates a good situation to motivate the students. If I measure the acceleration of a ball rolling down, it is fine but why should the acceleration of the ball be important for a kid? Instead of this the question should be relevant and interesting. For example:

The physics behind the questions is the same but the way we ask can be more motivating.

After defining the question(s) we can make the video. There are two software to analyze a video:

Tracker is a free software but Webcam Laboratory is a bit sophisticated and has more features. Tracker will be introduced in this article.

In Tracker we can give the main characteristics of the video such as time, distance and we can adjust the coordinate system to suit to our video. After these we can create a point of mass. For that you should mark a point of the moving object. The full movement can be tracked manually frame to frame or by autotracker. For using autotracker the marked point should be high-contrasted.

After this you can analyze the movement. I can offer two tips how to conduct the analysis.

In the program you can display the position, the velocity and the acceleration by time with few clicks. Before you do that insist that every student give a prediction! Several study revealed that students don’t arrive to school with an empty mind. Actually they usually have a strong Aristotelian thinking and unfortunately education can’t change it in many cases. Researchers found a very good method to fight against such preconceptions: Make the students do predictions and make those prediction fail.

In a video analysis it is a great opportunity to test how the students’ preconceptions work. So before showing up a graph make a prediction. After showing the real graph you can compare it with the prediction and investigate the differences.

My second tip is the final point here to fight against Aristotelian preconceptions. In the program you can display the frames of the video and the graphs side by side. It is recommended to emphasize the link between the video (the real world) and the graphs in almost every minute. Students almost never see these two things in such a close connection. They usually see graphs in the classroom and they see movements in the “real world”. In Tracker there is the chance to show the strong connection between reality and the graphs.

Moreover the educational benefits can be greater if you demonstrate the power of Newton Laws by making predictions which works. The effect is bigger if the prediction is created instantly and there is no chance of suspicion of using some kind of a trick or cheat.

Do you have an idea what to film and analyze? Do you have related experience? Share with us!