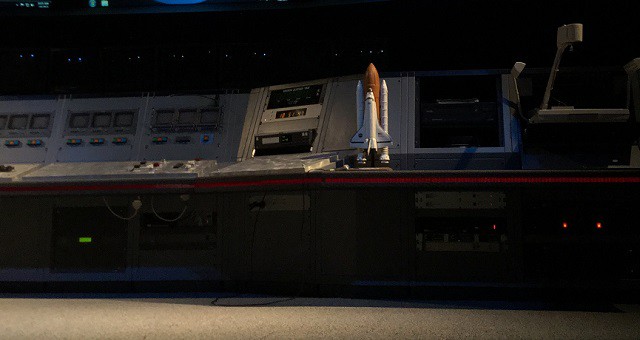 Started the day with Becoming a Spacewalker by Jerry Ross, Former Astronaut. He was the first human to be launched into space seven times! Mr. Ross has published two books on Spacewalking, one for adults (Spacewalker: My Journey in Space and Faith as NASA’s Record-Setting Frequent Flyer) and one specifically targeted to kids 7 to 12 (Becoming a Spacewalker: My Journey to the Stars). Three quotes stood out from the session:

We then visited the Neutral Buoyancy Lab (NBL), the largest pool in the world where astronauts practice underwater for their spacewalks (it seems there is a larger pool in China which was built for the Olympic games). Inside the pool they have a mock up of the ISS and astronauts practice what will be EVAs (extra-vehicular activities). For each hour of EVA in space, they have to practice 6 under water. It seems Buzz Aldrin was the one that came up with the idea of practicing for space maneuvers in the swimming pool. NASA does not have a 0 gravity room to train for the missions. This NBL (aka humongous pool) is the closest you can get. Finally we got a preview of the Space Center Houston 747. Space Center Houston is building a new complex to celebrate Houston’s leading role in space exploration, where visitors will be able to see the full-scale Space Shuttle model and iconic Shuttle Carrier Aircraft (SCA-905) in classic piggyback configuration. Check out the video. Impressive. STEM teachers, you could discuss in Physics classes why did the Space Shuttle not fly itself to the Kennedy Space Center in Florida to be launched to space and needed to be carried there… By the way, you can check out the next launches at the Kennedy Space Center website!

Tomorrow we will finish the week’s programme with a talk from Amber Gell, Rocket Scientist and Spacecraft Systems Engineer, Lockheed Martin – NASA, Orion Program when she will tell us about making it as a scientist and engineer and what she is working on (participants from the 2nd Scientix conference that took place in Brussels, 24 – 26 October 2014 will remember her).

It’s been an amazing week and I hope the links and resources are useful for all teachers in Europe and beyond.

From me, a big thanks to Alex Blackwood and Val Caldwell from IPN for inviting Scientix to this teachers’ programme. And to the teachers I’ve met: Darcy Harvier, Aaron Ruiz, Vegard Anderse, Fredrik Svendsen, Laurel Adler, Jesper Johansen and Johannes Kolberg, it’s been a pleasure spending this week with you and sincerely hope to see you again (let me know if you come to Brussels!)

PS. Just back from the closing dinner at SEEC (6 hours after finishing the rest of this blog post). One final thanks to Dr Charles W. Lloyd (Chuck), Hyang Lloyd and Amber Gell for showing us around the Skylab 1-G Trainer. The installations are breathtaking, but Chuck, Hyang and Amber, with their stories and warmth, are an example of extremely intelligent, approachable and inspiring human beings. Thank you all.