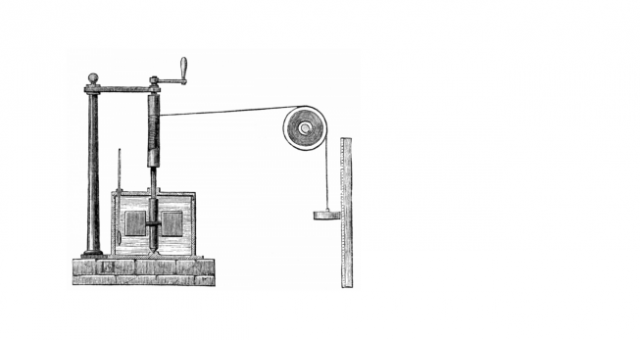 Everybody agrees that motivation is a key, perhaps the key factor in learning. It is easy to teach motivated students, the ones who want to learn. In my Science classes there are always a few students who are so interested in learning the secrets of nature that they will happily learn, whatever I ask them to. They will memorize the atomic masses of the elements, learn the scientific classification of fungi and solve problems that most of the time have nothing to do with everyday experiences (how can you disregard friction in real life?). It is easy to teach them, but what about the rest? A lot of them will study to get good grades and the rest to avoid bad ones. But learning for the grades is something I have always disliked, the knowledge gained in that way is superficial and volatile.

I am increasingly certain that the greatest task we, teachers have is to awaken interest and nurture motivation for the learning of our subjects. It can be done by making the subject fun or relevant for the lives of the children. Or it can be done by making the subject captivating. This is what I was thinking about preparing to teach about energy to a class of 9th grade students at our school, the Alternatív Közgazdasági Gimnázium in Budapest, I wondered what can be captivating? Good stories are captivating, you can really be drawn into them, everyone knows the feeling when a good book makes one feel like living in its world. Would it be possible to reach this feeling in a Science class?

I decided to make a bold move and rearrange the way I teach in a class. I had three weeks (fifteen 80-minute classes) with 9th grade students to teach them about energy, its physical and chemical aspects, and also a bit about energy sources. To get the students interested in learning I decided to play a game with them, to invent a story in which they can take part and through which they can learn what they have to. I created a secret society. This secret organization, the Promethean Society had been founded in ancient Greece to help humankind in understanding and using nature.

I started the project with the class on a Monday morning. I entered the classroom without a word and drew the curtains, put a small plasma globe on the desk and told them that I have to tell them something really important. Now they are old enough to learn about how the world really works, they can be part of the society which works for the good of mankind and for the understanding of the world around us. I told them that I have to be secretive and cautious. During this first lesson we talked about changes in nature, how can we detect it and what they are. I also told them that if they want to, they can learn more about it all on a blog, and I gave them its address. Joule’s apparatus with the Promethean Society’s symbol on it

The blog was the diary of a young web designer who had a friend who found some interesting facts pointing to a secret society. The whole story was a bit reminiscent of Umberto Eco’s novel ‘Foucault’s Pendulum’. The story culminated at the Scientix conference which turned out to be in fact a secret meeting of the Prometheans. I published a new post every day and from those they could get pieces of information about the society and its history. They had to make footnotes to the diary, trying to unravel the secrets. It had cryptographic texts, subtle information hidden in images. It took a lot of effort to piece together all the information. It was also a way to learn about the lives of the great scientists and their ideas. After a few days I introduced in the blog the adversaries of the Promethean Society, the Ignoramus, whose goal is to hinder the discovery of nature. In the blog they could also find the different levels of initiation in the Promethean Society which had semi-cryptic names like The Hero of Work or the Lord of Entropy. When they started to ask me, how they could become members of the Society, I told them that it was easy, they only have to pass the tests on each level. The tests were strictly one-to-one, I had different questions for each student. Most of the time these questions were about everyday phenomena or very practical (How can you raise the energy of this pencil on the desk? Why is it better to have double windows?) I also told them that I am ready to answer any questions, clarify any point they did not understand, if a group of at least three students was asking it. This way they had to discuss what they had problems with before coming to the teacher with it.

During the fifteen lessons there were two 80-minute lessons that I taught in a more traditional way. The first was about the calculations of energy and the second was about chemical reactions where I demonstrated the reactions with experiments. Other than these they worked on their own, making notes to the diary about the society and preparing for the tests of initiation to the Promethean Society. They worked really hard and more than 70% of the group reached the highest level (finished what they had to learn) by the end of the three-week period. The ones who had not got an extra week when they could take their tests.

How can such a learning event be assessed had been a question for me for a while. I decided to go for self-assessment. At the beginning the students asked how this will be graded, but I told them that we now we have greater things to worry about than grades, the future of mankind is at stake. After a couple of days they stopped asking and just worked. During the last class we had together I gave them a detailed self-assessment form, they had to evaluate their knowledge and their work. The averages of these gave the final grade with some adjustments for the students who could not get to the final level by the end of the three weeks and had to take their tests during the extra week. My usual experience with self-assessment is that students are more critical of themselves than I would have been, but in this case they gave themselves surprisingly good percentages. At first I thought that their grades were not realistic, but in the following three weeks (taught by a different Science teacher) they performed much better than the parallel class who studied about energy in the traditional way. The colleague teaching them told me that they had really good knowledge of the subject and it was very easy to work with them.

On the self-evaluation questionnaire I also asked them how they had felt about this adventure, the results of this can be seen on these diagrams. Finally a few words about how I felt teaching through a story. First of all it was a lot of work, much more than delivering traditional lessons. I had to write the story, which was a considerable effort. During the lessons I did not lecture, but just asked questions and as every scientist knows, asking the right questions is the hardest thing. All in all I think it was a success, it engaged the students in ways a more traditional approach could not, and above all we had fun while studying about energy.

2 Responses to “The Promethean Society – Teaching Science Through a Story”