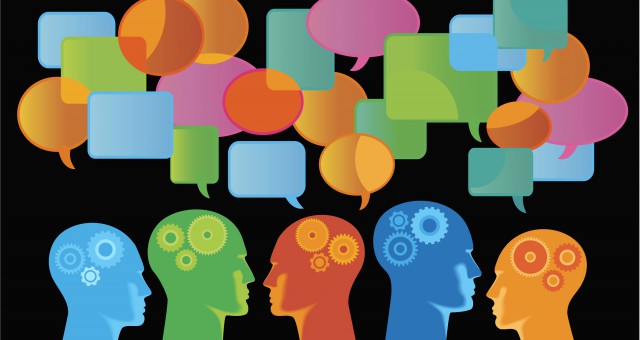 A Scientix Ambassador since December 2013, I am very interested in any kind of project regarding science and education. I had been looking for a long time for a project that would involve my pupils directly, and finally I got some good news at the end of May 2014: my high school could apply for a European project called ‘Chain Reaction’. This project aims to develop Inquiry Based Science Education (IBSE) by getting pupils more active in their learning/ways of thinking (see more on Scientix website). Our application was accepted: so we are in for a full school year!

The chosen framework for the project in France is the optional courses called ‘Practical and Scientific Methods’ for pupils aged 15/16: a multidisciplinary team, composed of a biology teacher, a physics and chemistry teacher and a maths teacher, is in charge of a group of about 20 pupils to develop their scientific reasoning by experimenting and questioning. Chain Reaction fits perfectly this option, as it aims to get pupils closer to the researcher’s real life: pupils should perform science the way it is being formed, with its doubts and failures, but also its excitement and competition, instead of learning only the results of scientific research, as if making science was just a peaceful and obvious path to follow…

First week of September 2014: beginning of the Chain Reaction project with the pupils. We have chosen one of the available resources (also called E.U.P.R.B. standing for ‘Earth and Universe Pupil Research Brief’) about the ozone. Pupils are part of a local agency responsible for the monitoring of the quality of the atmosphere. We have 2 groups of 20 pupils, each of them is assigned with the mission of studying one kind of ozone, stratospheric or tropospheric.

Here is an extract from the assignment letter: ‘You will attend a conference on ozone in the troposphere and stratosphere. You will take part in presentations and discussions about papers in each session of the conference. The conference will end with round tables about how to tackle the problems associated with ozone in these two regions of the atmosphere.  Recommendations for European stakeholders should arouse from these final discussions.’

Like a researcher in his lab: pupils had to read what has already been discovered on the subject. They were provided with scientific articles, about ozone in the troposphere (how it forms, how it is monitored what are its effect on materials, plants and human beings) for group 1, about ozone in the stratosphere for the other group (structure of the ozone layer, how to monitor the ozone layer depletion and what are the consequences of its depletion) for group 2.

Like a researcher in his lab: pupils had to summarize the articles, taking notes on the papers, to get the main ideas, and using the internet to get more information.

Like a researcher in his lab: pupils had to work in groups of 3 or 4. This team working is not very usual in France for the moment, but it is probably one of the key to get pupils more involved in their own learning and understanding of Science. At first, pupils found it a bit strange not having clear instructions about what to do, step by step. But they started to feel more and more confident, feeling free to have ideas and putting them forward, without any fear of being mistaken.

Like a researcher in his lab: when every group had clear ideas about the ozone it had to study, it was time to communicate about their results. They all prepared presentation and poster. Once again, pupils are not very used to communicate this way, but they all worked as a team to prepare the finest poster they could, each one using his own skills: drawing, organizing, writing scientific formulae. The local conference took place in November, the headmaster of the school and some teachers also attended, and it was a great success.

Yet, this first study lacked experiments. That is why we have chosen a second subject called ‘Collision course’ which we studied from December 2014 on: the aim of this research request is to prepare a report on potential Earth impacts and use it to make recommendations for action.  Pupils read the scientific literature on the subject and conducted experiments that allow them to estimate the physical damage a massive object would cause to the Earth: they prepared trays of powder (sand, chocolate powder, flour, etc) and dropped marbles, ball-bearings, golf balls, etc. onto the powder at different heights. Measurements of the size of craters and the length of the ejecta rays were made. The results of the experiments, together with the information found in research paper allowed them to describe the effect that a large impact would have on Earth.

This led us to the National Conference ‘Express Yourself’ that took place on the 26th of March 2015: 2 teams of 4 pupils from our lycée Marguerite Yourcenar presented their work and results alongside teams from 4 others highschools. This meant a 10-minute- oral presentation and a scientific poster to show and comment on. This was a real competition: one team out of the 10 teams was selected to represent France for the International Conference that will take place in Germany in May 2015.  Team number 2 from our highschool ended second, very close to the first and so selected team. We are all so proud!!

This great adventure is finished, but no doubt many of our pupils have changed their view on science. And I will for sure work on another subject of this kind next year!