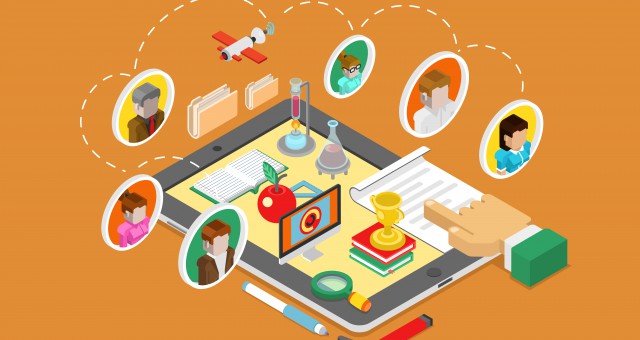 There is no doubt that information technologies have definitely changed our lives. Computational thinking and the mental process of algorithm creation have given rise to a whole new range of computing technologies such as programming languages, databases, network and internet technologies, mobile and cloud apps just to name a few. In everyday life, we all use devices with complex processing power and wide range of networking capabilities. Despite the dominant and pervasive feature of computing technologies, computing careers are not so popular among young generations, even though there is a constantly growing demand for computing jobs. There is a need to promote Computer Science among youngsters and motivate them to follow computing disciplines. Modern Scratch-like programming environments and educational initiatives such as the Hour of Code TM are in line with this direction of motivating young students to engage in programming, appreciate the beauty and power of computational thinking and maybe pursue a degree in Computer Science.

App inventor for Android is such an innovative programming environment for creating mobile Android apps. It was originally part of a Google pilot program and now it is maintained by the MIT Center for Mobile Learning. App Inventor is a visual programming environment where the user builds his/her programs by combining predefined blocks (programming constructs such as conditionals, loops, etc) simply by dragging and dropping them into a designer window. App Inventor also has a blocks editor window where the application logic and behavior can be programmed. The application can be tested on a PC emulator or directly to an Android mobile phone.

A pilot implementation of App Inventor programming was conducted in an Informatics class in our upper secondary school in Greece for a short period of four weeks. A series of App Inventor tutorials including basic programming concepts introduced to a group of 12, sixteen- years old students, with little previous programming experience. The goal was to build simple games (such as the pong game) that can be run on mobile devices. Since not all student possessed smartphones, applications were tested using the Android PC emulator and only the final demonstration performed on a teacher’s mobile device.

After the intervention, student reported positive attitudes towards programming with App Inventor. They found the activities interesting and useful since they can build something they can use in their own mobile device. Based on these initial results we plan to extent App Inventor instruction to more Informatics classes with the ultimate goal to stimulate students’ interest in programming and Computer Science in general.