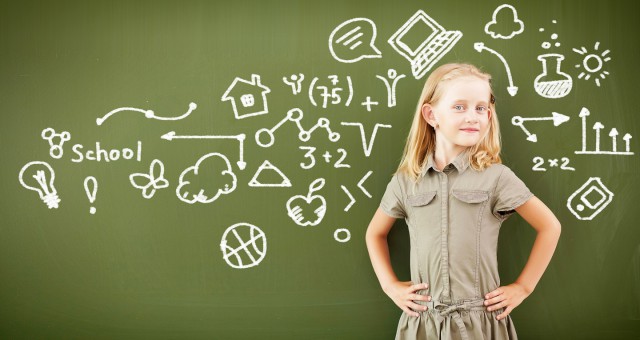 I was very surprised to hear it! “If students don’t find STEM more interesting at school, we won’t be able to get enough qualified professionals to work for our industrial and technology companies in Europe in the future.” This was the main concern of the biggest bosses in European chemistry industry. Amongst a few other teachers, I was invited to meet them in Berlin to discuss about how to get students interested in science and especially in chemistry. They told us that they are really worried because students are not choosing careers in chemistry as much as before. Even if there were many interesting and well paid jobs for them!

So when I went back home, I wanted to check the statistics. Are they telling the same story? According to Eurostat, the number of science enrolments and graduates in Europe has been slowing down from 24,3% (2002) to 22,6%  (2011).  More than half the EU countries have below average PISA scores in math and science (OECD). And also three big surveys (Rose, Pisa, Timss) indicate that 13-15 year olds in developed nations do not find STEM attractive and they don’t consider STEM important for their future career. (ingenious-science.eu)

I also wanted to find out if there is a difference between boys and girls about how interesting they find science and technology. I was lucky to be involved in a very cool and famous inGenious project then and I remembered that we were shown some very interesting findings of the research made during the project. So I asked to see the Final report of the project and there it was! Just one graph gave me an answer: in every parts of Europe there is really a significant difference between boys’ and girls’ interest in science and technology topics. Boys really seem to like STEM more than girls, especially in Northern Europe where the difference is almost 20%. So for us teachers, there is a lot to do to encourage especially girls into science!

How are women in general doing in science in Europe? Are both genders equally represented? I found European Commission’s strategy for equality between men and women and it says: “Gender equality is the result of the absence of discrimination on the basis of a person’s sex, in opportunities and in allocation of resources or benefits or in access to services.” Is this reality in science in Europe? In 2012, women represented 46% of the PhD graduates in the EU. However, women only represented 33% of researchers and only 20% of top level academics were women. Also just one in every ten universities in the European Union had a female rector. There may be many reasons for this phenomenon but still it makes me wonder is science really an equal field for both men and women. (science-girl-thing.eu).

The under presentation of women in science makes me also think what we could do as teachers to support girls better. Maybe we should start with reconsidering our own perceptions and stereotypes. For me it was a bit unpleasant to hear for the first time that research has really shown that science learning is a typical domain where both pupils and we teachers can be influenced by stereotypes. But I thought I want to face the facts and wanted to learn more about my own stereotypes and perceptions. Literally stereotype means rigid impression or solid image and it can be defined as widely held but fixed and oversimplified image or idea of person or thing. It was very embarrassing to realize that I really have stereotypical thinking. When I was teaching about cars and engines to my 9th grade students, I assumed subconsciously that only boys were interested in this topic. But at the end of my lesson, one very quiet girl said that she had been building cars and engines with her own hands as a hobby for many years! And it was obvious she already knew much more about cars than me or any other boy in that class!

So I realized how important it is for us teachers to first raise our awareness of our own subconscious assumptions about gender. And then challenge our traditional stereotypes in our practices and do our best to motivate both boys and girls equally to become passionate about science!