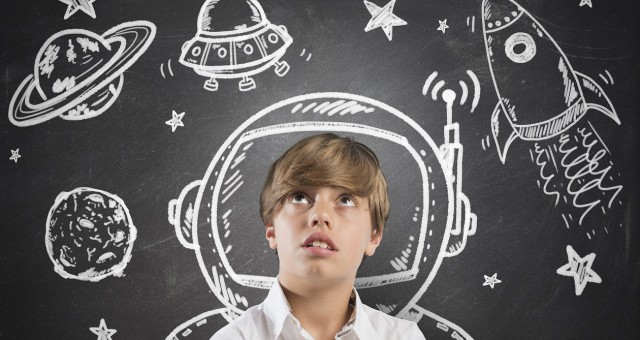 Astronomy is one of the most exciting and rapidly evolving branches of science. Historically, not only scientists and students, but the general public has been very much interested in the achievements and advances of this science. Students are fascinated to understand different astronomy topics, such as the sunrise and sunset, the phases of the moon, the changing seasons, the appearance of comets, eclipses of the Sun and Moon, the motion of planets in the starry sky.

Astronomy has influenced our history and culture through its practical applications as well as through its philosophical and religious implications. Our calendars have an astronomical basis. Many cultures (including ours) have written their mythology in the sky. Astronomy still has practical applications for timekeeping; calendars; daily, seasonal, and long-term changes in climate; and navigation [1].

Just as an example, “Calendars, mirrors the sky and cultures” is a project in the Scientix repository that studies, through the topic of calendars, the measurement of time and its history and impact on past and present societies, while discovering different astronomy methodologies. Pupils study the Sun’s path in the sky, the cycles of day and night, the seasons and phases of the Moon…all the phenomena that punctuates and shapes our daily lives. The study of Gregorian, Muslim, Hebrew and Chinese calendars… as well as those of the ancient Mayans, Gauls, Romans and the French Revolution, are used to firmly link astronomy to the heart of history and cultures. http://www.fondation-lamap.org/calendriers

As Henri Poincaré said, “Astronomy is useful…because it shows how small our bodies, how large our minds.” We understand the origin and evolution of our sun and our planet by studying the origin and evolution of stars and planets elsewhere. In fact, most of the elements in our bodies were synthesized in the stars. Our star is one within hundreds of billions in our galaxy, which is only one of billions of galaxies in the universe [1].

Benefits of teaching and learning astronomy

More than fifty years of human activity in space have produced societal benefits that improve the quality of life on Earth. The first satellites, designed to study the space environment and to test initial capabilities in the Earth’s orbit, contributed to the critical knowledge and capabilities for developing satellite telecommunications. The challenges of space exploration have sparked new scientific and technological knowledge of inherent value to humankind [3].

Space Science research seeks to increase our understanding of the solar system and the universe. The four major topics in Space Science are: The Astronomical Search for Origins, the Structure and Evolution of the Universe, the Solar System Exploration and the Sun-Earth connection. By studying stars and planets we learn about the Sun and our own planet, the Earth. It also helps us learn how stars, planets, and galaxies evolved and how the universe was formed. While students are learning about the exploration of space and study astronomy, they deal with big ideas of Science, as it follows:

The video The Benefits of Bringing Space to the Classroom features the British European Space Agency astronaut Tim Peake, who talks about how the International Space Station can be used as an exciting context to talk about science and mathematics.

How space exploration help students learn about the Earth? Why space education is important?

-Why the seasons? Seasons are caused by Earth changing its distance from the Sun as it orbits the Sun.

-Asteroids everywhere: Flying through an asteroid field is fast and dangerous.

-No gravity on the Moon: Because gravity only exists on Earth.

-Fiery comets: They burn when near the Sun.

-Moon phases: They’re caused by the shadow of Earth.

–Earth; rotation and revolution: The Earth is a perfect sphere.Latitude and longitude exist only at sea.

-Stars and the Universe: The galaxy is very crowded. All stars are the same size.

If we are aware of the need for promoting teaching and learning astronomy and space science in STEM classrooms, we have to search for innovative practices and resources of inquiry based learning (IBL) scenarios.

Workshops and training courses for professional development of STEM teachers. ESA is once again organising a training workshop for science teachers in association with the Galileo Teacher Training Programme (GTTP). The sixth in a series of training workshops, the ESA/GTTP Teacher Training Workshop will be held at the European Space Research and Technology Centre (ESTEC) (http://congrexprojects.com/2015-events/15c18)