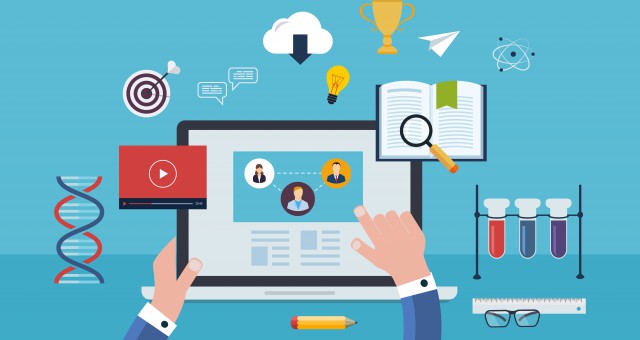 A pertinent question I constantly ask myself as a teacher is: did I really teach if my students do not understand what I have delivered? Essentially an important prerogative in teaching is not that facts are transmitted and received, but that these facts can be weaved into meaningful forms of knowledge to be easily understood and employed in students’ reasoning. Subsequently in their endeavor to make teaching more meaningful and authentic, teachers employ various methods and go through great lengths to ensure that this is achieved. Lovaas; a world-renowned expert in autism; states that: if our students cannot learn the way we teach then we should teach the way they learn. But even out of the context of autism, it is of common knowledge that play is a pleasurable way to learn and while it has been widely used in educational contexts, playing video games for learning still raises a lot of eyebrows. At this point it should be worth mentioning that far from being exhaustive, this write-up will not justify the use of any particular videogame or genre of games in formal learning situations. Rather, it aims in validating the place and educational potential of  videogames in terms of their inherent qualities and therefore is presented as another approach in the repertoire for teaching and learning solutions

By definition ‘play’, is something that an individual chooses for enjoyment. In addition to the provision of pleasure, what makes play useful for education is that it also intensifies task involvement. A game can be recognized as a framework for organized play that promotes enjoyment through activities and goals suggestive of exposing the player(s) to stimuli that include constraints, payoffs, consequences and ultimately a sense of competition that asks for strategies directed towards success. Video games; like games in general; can be inherently educational. Unfortunately their use has not yet taken off in the classroom. There may be various reasons for resistance including the limitations of a rigid syllabus and the tendency that those who as yet do not play videogames tend to group and liken their activity (or inactivity) as watching TV. Alas, their contextualization in classrooms that by design are still so much teacher centric, with rows of desks facing forward like it was 100 years ago, does not really help at all.

When I was much younger I did not have videogames but I had chess. Chess has its rules and the almost infinite permutations of moves require strategy and decision-making. Unfortunately while chessboards and chess pieces come in lots of shapes and colours the game’s rules remain unchanged. The game does not appeal to everyone and mastering it requires considerable time and perseverance. Like chess, video games have evolved not be linear but unlike chess they come in various themes, directed to various age groups and are also visually pleasing. Over time developments in 3D graphics has enhanced their complexity and sophistication, making them more appealing but also demanding. Inherently they are designed to challenge players in solving complex problems as part of a developing narrative, which even in this case has evolved from linear plots and storylines to free roam formats where narratives (storylines), schemes and outcomes are very much prone to user decisions and execution. In the meantime video games have attracted criticism in regards to their violence, gender stereotyped communications as well as addiction. Suffice to say that more violence has been done in the name of religious or political dogma than because of all video games combined and that out of the top five most sold videogames; except GTA 5, four are non violent games of the likes of the Super Mario series and Minecraft.

Admittedly there are a lot of mindless games; then again this is not enough to undermine the potential inherent in strategic game design to instill challenge, perseverance and extended commitment. There are also games that are situated in particular game worlds. These tend to place the player central to the narrative and set problem solving situations which; through user interpretations and decisions; permit branching, can invoke collaboration and even enhance user participation. They also promote ‘modding’, an exercise that allows participant(s) to design tailor-made environments, equipment and new levels. Thus, like in real life situations they are also prone to user interpretations and decisions.

The list of games that comes to mind is extensive but a classic example is the game ‘Spore’ (Electronic Arts, 2008). Spore is based on evolution and survival. In the storyline for Spore, as the player undertakes the journey from the most basic life form to mastering the universe, important decisions will allow the game character to evolve into a herbivore or carnivore and eventually; if desired; into an omnivore. Subsequently as quests become harder and weapons, machinery and economic conquests become more expensive, it is up to the user as ‘THE’ decision maker to see which are the better options forward. But beyond these more obvious and valid qualities of the game and other like it, there is still more. The very intrinsic nature underlying the design in modern video games is set to open new dimensions of unprecedented interaction and literacies. These games are built to take user thinking and participation to new levels, evoking unique novel literacy practices such as ‘modding’ and ‘machinima’ that are set to enhance strategic and critical thinking incidentally so important in today’s work place reality . Especially on the PC, modding, as in the case of the ‘Elder Scrolls’ (Bethesda Softworks, 1994-2011); and Skyrim (Bethesda Game Studio, 2011) modification allows for content creation with the possible construction of new experiences. In the case of machinima users can combine the machine to film. Subsequently as users are allowed to delve deeper ‘beneath the bonnet’ and avail themselves of video games real-time 3D engines and cinematic products, they learn to merge characters into novel and original scenarios.

On a different note it is widely believed that reading can enhance knowledge, so in the process schools give books. Unfortunately as Gee (2007) states, each and every subject book presents a specific world such as that of the Physicist, Economist, Linguistic or Mathematician. But for the student who has not visited these worlds and not experimented in them, these books become understandably complex, pedantic and boring. I wonder why should it be so? Videogames also come with their own manuals that require one to read a lot. But while schoolbooks turn up to be boring and require a lot of effort, goodwill and perseverance to read; the same cannot be said about game manuals. When children play a game, the manual becomes meaningful, situated and also authentic especially if the same manual is used to bridge into new user-designed spaces. Thus, simulating videogame qualities such as self-paced learning and decision making with intermediate rewards that lead to the final successful outcome could be a way forward on how to enhance learning and make it more inclusive.

Like the branches in a tree, people choose different ways to learn. As a matter of fact, the power of video games may or may not lie in their present state but rather in the potential of what educators can do to innovate and channel their qualities to make better thinkers for tomorrow. Each and every era has its unique qualities. Today’s post-Internet reality fuelled with the advent and mass popularization of the Internet has changed the way we cater and deal with information. The subsequent predominant digitization of everyday life experiences; especially those mundane activities that we tend to do unquestioningly; have changed the attitudes for living on various levels including the values and goals we as educators may want to instill in our students. While the classical professions such as health and medicine, architecture and law are lucrative and therefore very attractive, entrepreneurship and the preparation towards job opportunities that have yet to be conceived are also becoming more significant. Who would have ever thought that searching, accumulating and harvesting data, ultimately to transform information into a commodity; such as in the case of Google; marketing procrastination; as communicated through the social networks like Facebook; or designing and creating games would have cultivated a young generation of moguls and created multitudes of new jobs and wealth over which modern economies rely? Essentially as notions of thinking out the box are becoming more meaningful, prevalent and acceptable it only seems natural that the fostering of problem-solving qualities, experiential learning and adaptation such as that experienced through games can be of great value. I say that it does make sense to sometimes go backwards and we as adults learn to pick from our younger counterparts. Consequently, as we experience their games we learn to employ our maturity, insights, lifelong experiences and hopefully creativity to make that quantum leap to help us choose the best scenarios where playing video games and replicating their intrinsic nature can enhance learning in a meaningful manner.