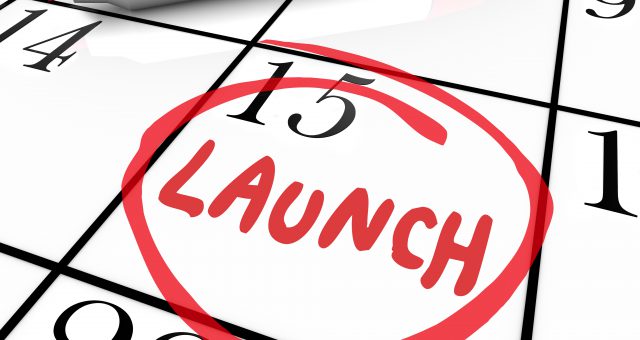 The BETT show is actually the biggest and brightest expo dedicated to education and technology, worldwide. Featuring few thousand square meters of exhibition area and nearly a thousand exhibitors from all around the world the event is a must-see, at least once. I had personally been to the exhibition five times, in 2010, 2011, 2014, 2015 and 2016 and for the time being it changed a lot. It changed in means that more and more accent is given to Science (through new technology) in a way that no other event had managed to achieve.

What’s so much about STEM? The birth and life of new sector – the STEAM village

in 2015 BETT featured special accent on STEM; there was a parallel workshop and keynote programme in a dedicated area, inside the huge (and I mean huge) ExCel center. In 2016 this STEM area evolved and transformed into the STEAM village. Around 10% of the total exhibition area was dedicated to STEAM. 3D printing, coding, gamification, space sciences, nature-sciences, construction, electronics, you name it. All in the STEAM village.

Here is a link to the sub-page: http://www.bettshow.com/Content/STEAM-Village-at-Bett

And that is what the STEAM village announces:

The working world is changing and this ultimately filters down to education. STEAM subjects will be at the heart of new opportunities, and the workforce of tomorrow need to be equipped with the skills and abilities to thrive in this new landscape.

STEAM was predominated by companies (like Raspberry PI, Ultimaker, MakerBot, Microbit) but there were also sectors, like Space, electronics, construction, etc.

Why BETT is important event for STE(A)M education and education in general?

In three days I as a visitor could get how education systems all around the world (Europe predominantly) managed to grasp the opportunities provided by technology and to implement them in new education scenarios. Scenarios at national, regional, local level or even in a single classroom. And BETT provided such an opportunity – to have a glimpse of how different people from all around the world made use of technology in their own way.  Some of the examples were easy to grasp and understand, some were not. But it is the job of the teacher to find the actual place of a given technology or job of the company providing the tool to name its place of use.

Where big and huge STEM and STEAM projects were announced.

Coding, coding, coding, some 3D printing and than Space. Those were accents during BETT 2016. Coding was everywhere. Yes, we know that Microsoft acquired Minecraft in 2015 for some 2.5 billion USD and still Minecraft (and also Microsoft) were everywhere @BETT. Every half an hour there was a corner, speech, keynote or workshop digging into minecraft. Even it might look a bit exaggerated, Minecraft is actually becoming part of the coding and/or ICT curriculum in some countries. In the UK and the USA Minecraft is a highly recognized platform to teach young students coding through and environment they know and they feel comfortable about.

Coding but also engineering and electronics was also deep into the newly-announced MicroBit project in the UK. http://www.bettshow.com/Content/BBC-Micro-bit

The Microbit is a project, co-developed by BBC (http://www.bbc.co.uk/programmes/articles/4hVG2Br1W1LKCmw8nSm9WnQ/the-bbc-micro-bit) The Micro:Bit is a small programmable computer which every single student aged 11-13 (year 7 class) in the UK will get for free. Yes, every student and yes, for free. This is a huge project that can actually impact the general perception of technology in education. BETT 2016 was the first edition of BETT where so many projects with national coverage were announced. And it’s not just the Micro:bit.

Keynote speakers: How assessment change (may be) more important that curriculum change; and how girls and boys are all equal, on Earth and in Space; Prof. Sugata Mitra and Dr. Ellen Stofan, chief Scientist of NASA.

In the very beginning of the conference programme I had the chance to listen in person prof. Sugata Mitra’s keynote. An inspiring speech indeed, sadly not available in full online. Most of the messages are available in Prof. Mitra’s TED talks, available on the internet. (https://en.wikipedia.org/wiki/Sugata_Mitra). Prof. Mitra made two key accents:

One of them was how to provoke and stimulate a healthy change in teaching methods. Why teaching methods are often being recognized as non-optimal, but at the same time optimization is not happening quick enough? Why it is said that classrooms are changing in slower pace, compared to pace the society and industry is changing? Here is an interview show seconds after the keynote (yes, I was standing just next to the operator, so I know) and what prof. Mitra thinks about speeding up those teaching method changes: https://www.youtube.com/watch?v=teqpVBgGFXo

There was also something in my eyes game-changing. Sugata Mitra tried to define the internet, and it was: The Internet is not a thing, it is not a tool. It is the collective knowledge of 7 billion people, expressed by their own means, languages and cultures. And he is right. The Internet is not just a tool, or not anymore. It should be taken that way. The Internet is basically everything. Considering this statement can bring a change in our general perception in use of the internet in teaching and beyond. It was said that if the Internet ceases to exist, life will cease to exist in some way. A colleague of mine, young Gergana asked me to send her a picture of Prof. Sugata Mitra. I did more than that – managed to get a real autograf for Gerry!

Another inspiring speech by Dr. Ellen Stofan, NASA’s chief scientist “Rewriting the Script for Women in STEM – Closing the Gender Gap”. A success story of a woman-scientist can rarely be more persuasive and true. An accent here was that if a crew is to land on Mars and spend time on the Red Planet, that crew will have equal (or nearly equal) number of men and women. That the human race future relies equally in both genders and in space, more than any other place there is not man-job and a woman-job. In space we are all equal (as we are on Earth, or at least should be). Dr. Stofan personally gave me an autograph (at the back side of her picture) where she sends “Good luck to the Bulgarian Space Apps Challenges team”. Thank you Dr. Stofan!