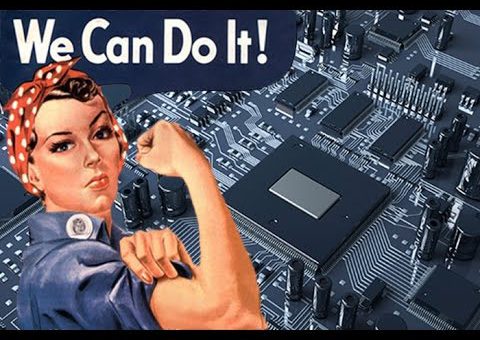 Last 28th of April was the International Girls in ICT day, an initiative developed with the objective of encouraging and empowering young women to consider careers in the field of information and communication technologies (ICTs).

The initiative has continuously encouraged a number of stakeholders to organize events on the subject. For that matter, on Tuesday the 3rd of May, the Woman in Tech event was set up in Brussels addressing the lack of diversity in the tech industry and discussing how to increase the relationship between technology and women. The panel included Sofia Benjumea, Head of Google Campus Madrid, Marine Elgrichi, Head of Public Policy Europe in Spotify, Hayla Gazhal, Youtuber and UN Change Ambassador or Cheryl D. Miller, Founder and Executive Director of Digital Leadership Institute.

While the event discussions covered a wide range of subjects: From the inclusion of women in the workforce to digital harassment or the current digital divide, there was one topic that stood up: unconscious bias. This is the number of stereotypes that exist in our subconscious and that affect our conduct. These biases are mostly shaped by our background, our culture, our personal experience or family. And while they influence how we see and judge others, we seldom accept they exist and, specifically, that they influence our own decisions.

In order to overcome that burden, several companies have started to lead initiatives encouraging their employees to take trainings on that subject. Among them, Google is currently running workshops for their staff as part of their strategy to address the lack of diversity in their workforce. Having access to the presentation used in these workshops, it is interesting to see how there are several elements that still commonly trigger unconscious biases in the workplace. Among them, the association of certain jobs with a particular type of person, the likeliness of using biases to judge people in job applications or our tendency to fill in the gap with unconscious biases when we lack certain information.

Several eye opening examples can highlight how situations of discrimination are still reproduced in workplaces and how we can overcome them through, for instance, the setting of criteria. For instnace (extracted from the Google presentation):

“A 2004 study shows the importance of setting criteria. Researchers randomly assigned traditionally European and African American names to identical résumés and discovered that it took 50% more applications from the latter group to get a call back”

In view of these examples, how would you strengthen the role of woman in technology? Are you aware of any unconscious bias in your workplace? What other ways are there to solve it? Share your input and let us know! Also, if you want to follow the discussion on how can more women be encouraged to work in the tech sector, check out this debate on Debating Europe.