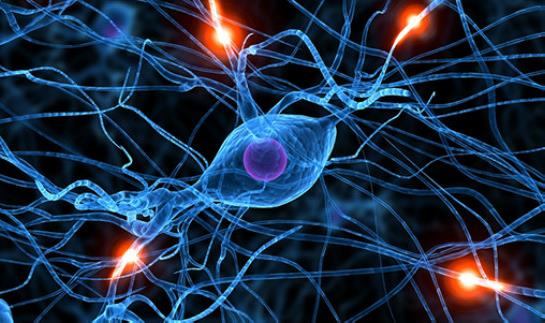 The mission of my didactic project is to develop an interdisciplinary modern educational path with Stem bioenglish activities (chemistry, biology, medicine, biophysic and ICT) during curricular hours for conscious students, about personal and general health. Two scientific high school classes with 19 years old students have worked as a scientific community relationship to the international modern research  about cellular oxidative stress conditions, in particular for neurodegenerative diseases. In this activity also biology teacher, working as a active and motivated didactic – researcher, also learning by doing collaboration with scientist for new aspects of innovative science about physiology and biochemistry in neuroscience.

Oxidative process has a fundamental role in our organism. Indeed, free radicals have a defense function against bacteria and help the transmission of information between neurons. However, when there is an unbalance between the oxidant species and antioxidant species, in our body appear pathological conditions called oxidative stress. The excess of free radicals, like peroxide, so they tend to bind themselves to other radicals or substract an electron to the nearest molecules. This condition may also bring to the insurgence of neurodegenerative diseases, like Alzheimer and Parkinson. Oxidative stress is caused by overproduction of free radicals.

The topic of oxidative stress is very interesting because integrate knowledge about different science sectors and it can be presented to students in the last years of high school. These didactic activities are useful not only for learning important scientific concepts but also to transmit, in an active way, elements of  health education about equilibrate life style for young people. With this thematic is possible also educate to complexity of the scientific knowledge and the limits of research activities and of the results so far obtained about some neurodegenerative processes. It is very interesting for students learning by researching information also about antioxidant molecules in different plants.

In propedeutic phase of didactic activity of educational path is important to present some concepts about oxidative stress. Oxidative stress is an imbalance between oxidant and antioxidant chemical species. In fact it is imposed on cells as a result of one of three factors: In the first phase, it is important to analyze -with students- environmental sources of oxidative stress condition:

In the second phase, it is useful to analyze with students the biological effects of oxidative stress conditions in human organism as is possible to see in picture above:

Macroglial cells:
– Astrocytes
– Oligodentrocytes
– Schwann cells
They have a supporting and communicative function between vessels and between neurons.

Microglial cells:
They are  specialized in defending cells that establish themselves permanently in the SNC; they remove damaged cells and foreign agents. Now neuroscientists are realizing that the cells of microglia not only represent the first line of defense of the Central Nervous System, but also can be implicated both in disorders in neurodegeneration diseases. In the sick brain, activated microglia cells look for demage neurons and disrupt their connections, their synapses. Origin of brain macrophages and the nature of microglia, Progress in Neurophatology, Col. III, 1976

These molecules are also recalled antioxidant substances but they induce an initial mild prooxidant action. The problem is that often scientists lacking a deep molecular and cellular explanation of their actions.