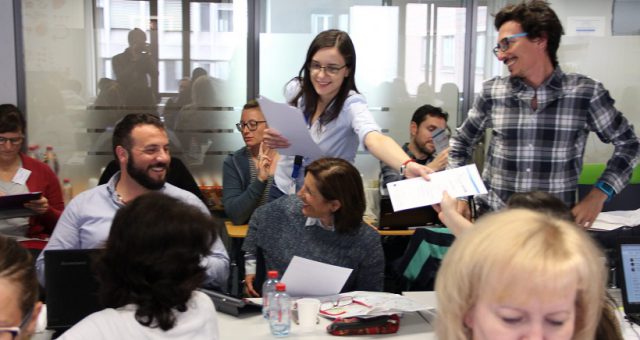 If there is one great thing about working with Scientix Ambassadors, it is keeping up with their amazing activities and restless passion to prove to the future generation how cool STEM subjects are!

Each Scientix Ambassador finds many creative and innovative ways to motivate students to learn more about STEM professions and careers, but in this article, we chose to talk about the National and International Competitions they participate in, such as the NASA Space Apps hackathon or the European Astro Pi Challenge!

Let’s start with last February, when six students from Loreto Grammar School in Altrincham, England, made it through to the final of The Big Bang UK Young Scientists and Engineers Competition after wowing the judges at the online heats. Elaine Manton, STEM Ambassador in the UK, says their contribution was inspired by Scientix and STEM Alliance!

We are proud of our Ambassador Elaine Manton! Her students got through to the finals of the Big Bang Competition! https://t.co/ubBQJnSVLH pic.twitter.com/rzTjvzQU2S

Then, in April, Team DATAVAN of the “Costantin Brancusi” Technical College from Petrila, Romania, participated in the CanSat Competition 2017, which is organized by ESERO Romania, a project of European Space Agency(ESA) in association with Romanian Space Agency(ROSA). Coordinator of the DATAVAN Team was Cindea Nicoleta, Scientix Ambassador for Romania!

In May, our Italian Scientix Ambassador, Bicego Giovanna, took part in NASA ‘s Space Apps hackathon and introduced them to Scientix and the her project activities!

Last, but not least, José María Díaz Fuentes, Scientix Ambassador for Spain, and his students from the Salesian School Santo Domingo Savio, have been selected from 800 projects in 36 countries as one of the 10 nominees for the International LUMA StarT Award 2017!