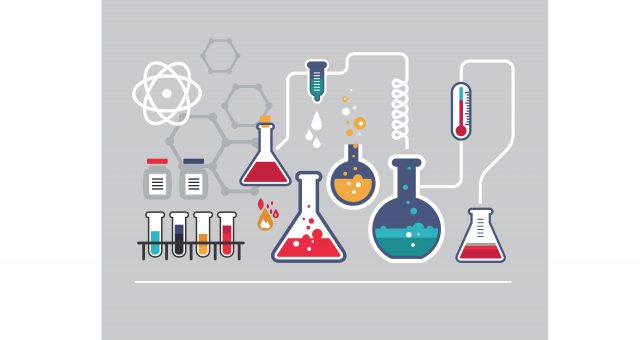 The article reports a network experience carried out by a team of English Language and Science teachers from different schools in Italy. The outcome of the project is a teaching unit on the properties of enzymes, which combines CLIL methodology and Inquiry-based approach. The module has been devised using the tools and applications available on the GO-LAB portal (www.graasp.eu), and aims at investigating the relationship between environmental parameters (pH, T) and enzyme activity.

The project, named Science & CLIL, is the prosecution of a former experience, which saw the creation of the E-CLIL network of schools. One of its most significant aspects is the constitution of the so-called CLIL Team, formed by teachers of English Language and Science (Chemistry in this specific case) from different schools in Calabria. Despite being in some cases geographically distant from one another, the members of the CLIL Team brainstormed, researched and worked together with a collaborative approach, with the purpose of conceiving and devising innovative teaching/learning practices, in the form of self-sufficient learning objects. Teachers have shared ideas, objectives, strategies, competences and techniques concerning both the teaching of Foreign Language and Science, with the final aim of increasing students’ competences in both English and Biochemistry.

The module created during the current school year, titled Enzymes, has the objective of implementing the CLIL (Content and Language Integrated Learning) methodology[1] in the schools of the network. This can be done through the creation and experimentation of self-consistent didactic units, including tools for the assessment and evaluation of the learning outcomes. The tasks and activities of the module focus on contents belonging to Non-Linguistic Subjects (Chemistry and Biochemistry), but at the same time aim at improving the students’ receptive and communicative skills in English according to the descriptors of the Common European Framework of Reference. After considering the starting conditions of the target classes, the target level chosen by the CLIL Team for the Enzyme module was B1 lower CEFR.

A further key aspect of the project is the integration of the CLIL methodology with the practices of Inquiry-Based Science Education (IBSE)[2], implemented through the use of a Virtual Learning Environment offered by the GO-LAB portal (www.graasp.eu) and based on the use of new multimedia and multi-modal technologies. The adoption of the Inquiry-based methodology allows the development of didactic activities in which the students perform an active and leading role, aimed at strengthening both the communicative skills in foreign language and the theoretical, technical and professional skills in the field of science. This happens by the means of tasks organised through different stages or phases, each with specific objectives, following a pre-determined structure or cycle. Finally, to prompt and motivate learners, the structured activities have become a digital Inquiry Learning Space (ILS), accessible and available on the GO-LAB portal. A further added value is thus given by the empowerment of the students’ digital skills, since the tasks included in the ILS required the creation of digital products/productions as a documentation of the experiences and achievements, with the possibility of publishing them as samples or reports on the GO-LAB portal.

The project started with a blended training course addressed to all the teachers of the six schools, with the objective of maximising the impact of the project within the network itself. The next step was the constitution of a community of practice (the CLIL Team), a group of specialised teachers with the task of creating didactic materials available in e-learning modality, aiming at enhancing competences in non-linguistic specific subjects (Chemistry, Maths, Physics), but at the same time with the purpose of promoting CLIL methodology among teachers and students of the network schools, integrating it with digital skills, tools and technology, considered indispensable in contemporary teaching practice.  The outcome was the creation of a module designed as a Learning Object (LO), a teaching/learning unit that is self-consistent (i.e. independent and made up of one or more assets or basic elements, but at the same time designed to possibly become part of a larger ensemble, or joined with other Los), traceable (through metadata, text files describing the LO in a standardised form), reusable (in different learning context) and interactive (available on different Learning Management Systems by using the SCORM[3] standard, a collection of techniques allowing the exchange of digital content defining the rules of “packing” and fruition of the LOs.

The module, titled Enzymes, draws inspiration from a previous experimental work[4] produced by some of the team members, in which two key concepts of the CLIL methodology were applied:

It was thus possible to promote the acquisition of both LOTS (Lower Order Thinking Skills) and HOTS (Higher Order Thinking Skills), by the means of the combination of the elements known as the 5 Cs[5]: Content, Communication, Cognition, Community and Competence. Figure 1 shows the concept map developed as a work plan by the team, relating the 5 Cs and the two key concepts to the specific content chosen and the competences developed by the students: