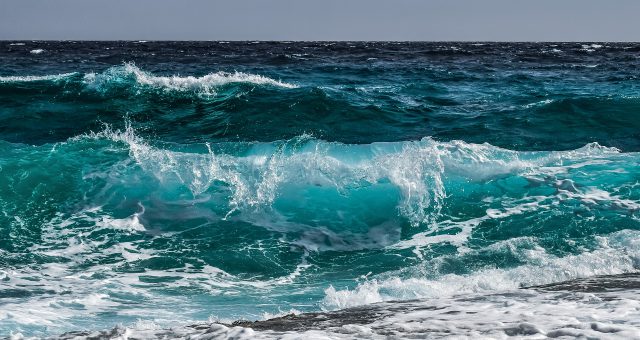 Have you ever thought there is plastic on a clean beach? Read on to find out how to build a sustainable world free from plastic!

On a sunny Tuesday morning in Faro Beach in Paphos Cyprus, a group of people with white caps are searching for something in the sand, what could they be looking for? Why aren’t they just enjoying the sun and the sea?

On 23th of October we were involved in this strange activity, but we are not crazy, we are trying to figure out if an “apparently” clean beach in Cyprus is really clean, and in particular if there is any plastic in the sand.

This is one of the activities included in an Erasmus+ funded program called Marine Litter (MALIA), aiming to include marine conservation practices and marine litter educational guidelines in national school curricula and BLOOM (a project also available in Scientix) aiming at bringing together partners from across Europe to debate, communicate and engage the public in the potentials of the bio economy. We are part of 20 pilot teachers that are producing new teaching resources about the bio economy, testing those resources in our schools and providing feedback on their implementation. In Italy we are dealing with issues around plastic and microplastic in the sea, recycling them and creating ecological plastic.

Our main goal is for PLASTIC AND MICROPLASTIC not to influence the future of our students.

Schools and associations from Italy, Spain, Portugal and Cyprus are working on this two year program that includes four one-week international exchanges during which the participants, and all other volunteers that are interested, dedicate at least one day at a beach to clean it up.

As it happened in Spain, we spent a morning in Cyprus collecting marine litter and searching for any piece of plastic (glasses, straws, bottles…) and microplastic on a beach; later, the students divided the plastic material into categories and analyzed the data. Cyprus represents an ideal site to investigate marine litter, consistently composed by plastic and microplastic. The data from this activity will be compared with the results of the first beach clean-up already carried out in Spain (Aguilas) and with the other two that will be organized in March in (Alghero, Italy) and in May in (Paredes, Portugal.) These activities will allow to create a clean beach – up protocol and suitable for the Mediterranean area. During the beach activity we also collect water and sand samples to be analyzed using a protocol that will be shared within the educational material on marine litter that we are building up as part of the project.

Plastic and microplastic are human-made material that end up littering our seas and beaches. However, while plastic is visible and we can easily recognize it and try to  avoid it, microplastic is very small and is part of a lot of objects that we use in our everyday life. This characteristic does not help us to tackle how this material spreads into the environment and could be found in unexpected places. In fact, on the 23rd of October during the United European Gastroenterology Week, a study was presented and for the first time microplastic was recognized in a human body.

This evidence underlines how important it is to include activities in science classes to help students think about this problem, to involve them in activities that promote a sustainable use of plastic and to find solutions to reuse or replace plastic.