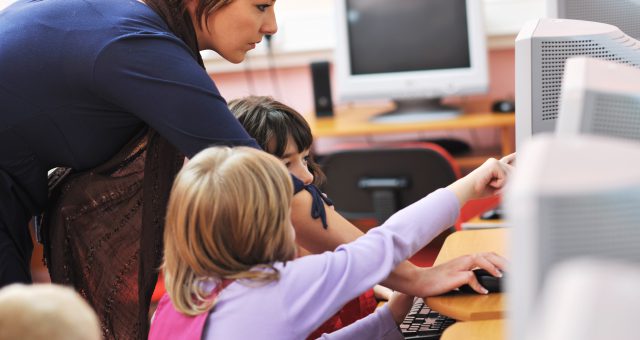 Tuesday, 5th February 2019, Together for a better internet

The motto of the Safer Internet Day Campaign (SID) is an invitation to create a safer Internet for everyone, especially for younger users.

Initiated in 2004 to raise awareness of the use of online security, this event grew exponentially to become a reference point in the sector and for Institutions involving over 100 countries in the world.

The last edition urged responsibility: “a better internet starts from you”. This year the aim is to push towards the unity in achieving a common goal.

The SID is also linked to the campaign against bullying and cyber-bullying at school. This is no surprise when the percentage of those who have had negative experiences surfing the internet is growing strongly, although few have the courage to confess it. The network is full of offensive comments and hate messages; therefore the need to run for cover is strongly felt.

Nowadays young people are getting closer and closer to the Internet, attracted by the potential of the devices, without adequate preparation that makes them aware of the risks to which they are exposed and they end up being naive victims. They may experience harassment from unwanted contacts to fake news, from scams to frauds.

The most common recommendations are to use updated software, to install recent antivirus and anti-malware, and to apply parental blocks and more secure passwords.

Safer Internet is a great reminder to remember how important it is to be vigilant and take all the necessary precautions. But it is not enough. There is a need for constant training and information of  the dangers and possibilities for intervention.

The school plays a key role in this process. In an Italian project co-funded by the European Union, the Ministry of Education provides the environment to reflect on the approach related to online security and the integration of new digital technologies in teaching. In addition, tools and materials are offered for customized projects that each school can process through guidelines. Furthermore, access to information is available to equip the schools with a participated e-Safety policy involving the whole community.

The role of school, focus on hidden traps in the network and possible addictions

Below you can read about potential dangers that your students as well can fall victim to:

An excessive and uncontrolled use of the Internet can cause social isolation and problems at the school level. One of the risks is related to cyber-bullying, a form of virtual arrogance, repeated over time, in the form of personal injury, insults, defamation, threats and damage. The role of the school can be crucial in the prevention and management of this problem.

Cyber-bullying has no spatial and temporal boundaries because it can take place anywhere and at any time of day or night. The dissemination of material via the Internet is uncontrollable and the anonymity of those who offend may remain hidden behind a nickname. By not seeing the victim’s reactions, the cyberbully is never fully aware of the consequences of his actions and this hinders the possibility of feeling empathy or remorse afterwards if he is not made aware of it. The same mechanism it’s also applied to the group that witnesses persecution. All those who participate with a like, a comment or even only with silence, become in fact co-responsible, increasing the scope of the action. The silent group represents, on the other hand, also an opportunity to stop a situation of cyber-bullying, constituting an educational hook. And it is here that the school is called to intervene.

Sexting (sex and texting) is the practice of sending or posting text messages with a sexual connotation via mobile or the Internet. The problem occurs when the material that was supposed to remain private appears on the web and becomes public without the consent of the victim. It is practically impossible to control what is posted. A single click potentially launches an exponentially spreading process. The images can influence the victim’s future, jeopardize their professional and relationships. The action of the school can make children understand that from certain situations it is no longer possible to go back because the Internet stores information forever and that virtual errors can have serious consequences in real life.

Grooming can be defined as an online manipulative plan of an adult towards a child for sexual purposes. In fact, it is not a violent dynamic, but rather a patient pursuit to steal the trust of the prey and establish an intimate relationship. Once the context has been explored, the adherent tunes into the needs and interests of the child, then focuses on isolation, passing from public contact to private one (for example, via chat). Confidences become more and more personal and the victim begins to trust the abuser who appears to him the only one interested in him, attentive and thoughtful. Once certain of the secure territory that he has built, the abuser normalizes the situation to overcome any resistance.

Child pornography existed from before the internet, but with the advent of the Internet it has changed the way in which production is made and the material disseminated, expanding its availability and accessibility. It becomes, therefore, a priority to identify and promote strategies to curb the phenomenon and to sensitize all those who are involved and activating recovery paths.

The phenomenon of hate speech takes the form of speeches and practices that express intolerance or racism and which can provoke a chain of violent reactions towards a person or a group. In order to prevent these negative manifestations it is necessary to provide young people with the tools to deconstruct stereotypes and promote civic participation and engagement, also through digital media and social networks.

In order to prevent students falling victim to the above-mentioned phenomena, one important action is to remind them about their right to privacy and to the protection of personal data. These are fundamental rights of people, connected to the protection of human dignity as enshrined in the Charter of Fundamental Rights of the European Union (art. 7 and 8). Personal data that is not protected can be used for spam, fraud or unauthorized marketing research. It is very important to train employees and students to use their own and others’ information correctly.

The use of internet and new technologies has become increasingly precocious, frequent and intense for new generations, who find themselves facing specific dynamics linked to new online environments. The relationship between young people and the digital world must be conceptualized in terms of risks and opportunities as faces of the same coin. This scenario requires tools and strategies for mediation and prevention for a conscious and creative use of the network.

The e-safety Policy (e-policy) is the programmatic document self-produced by the school aimed at describing:

• their approach to issues related to digital skills, online security and a positive use of the digital aspect in teaching;

• behavioral norms and procedures for the use of information and communication technologies (ICT) in a school environment;

• preventive measures for risks related to the network and possible addictions

• measures for the detection and management of problems related to incorrect use of digital technologies.

Safer Internet Day is just a pretext for a constant and dynamic work because the web becomes a vast and varied environment able to represent and give voice to diversity, maintaining a high degree of respect and inclusion and promoting the digital literacy between minors, parents and teachers.

To do this, at the invitation of the European Commission, NGOs and UNICEF have launched an alliance to protect minors and create a safer and more constructive web environment.

One Response to “Safer Internet Day 2019”