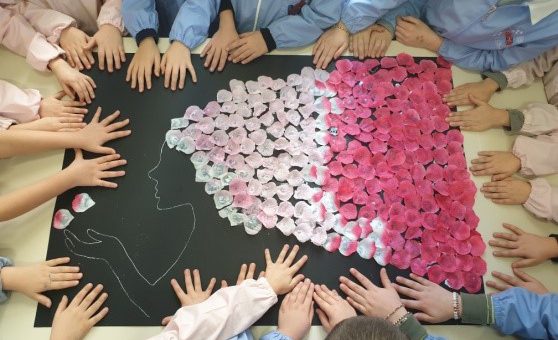 During RosaDigitale week – which begins on the 8th of March – students and teachers reflect on the history of women who have changed the world.

The RosaDigitale National Movement fights for equal opportunities in the field of information technology. In Europe, thousands of events, called petals, are organized with the goal of bringing young people and adults closer to programming, coding and robotics.

The conquest is information is the motto to battle against the gender stereotypes. With  commitment, determination and correct information, we can move past prejudices.

In the scientific field, women have always been unjustly underrepresented, despite all the contributions that have been made to help make the world become more innovative and competitive.

Take for example Katherine Johnson, a mathematician at NASA who calculated flight trajectories for Project Mercury and other missions.

Or to go back in time, let’s remember Ada Lovelace, the daughter of British poet Lord Byron, who was a Victorian mathematician. She worked with Charles Babbage on his calculating machines – he called her the “enchantress of numbers”. At the time few women studied science or maths, and she is widely considered the founder of computing science and the world’s first computer programmer.

Nowadays, in the business world, the demand for digital skills outweighs the opportunities that are available.  We need an army of students in the month of March, to carry on the powerful message that RosaDigitale hopes to send to fight against gender stereotypes.

The school can play a key role in this process because it involves everyone.  Promoting a variety of catchy tools that allow students’ creativity to develop. Short-term results are the development of problem solving and social skills in collaboration with classmates. In the long term perspective, the positive effects are linked to the development of computational thinking and abilities related to programming.

Many schools have accepted the challenge through an innovative approach based on the involvement of students and families, connected in a community of good practices against disparities and inequalities. The innovation trend is proven by observing what happens in the classrooms.  These initiatives are only a preview for a new way of facing the challenge to complexity.

Adding other petals to the map of events (throughout the month of March) means celebrating the women who have contributed to build our future, but also the young and the older girls who will become the future of change.