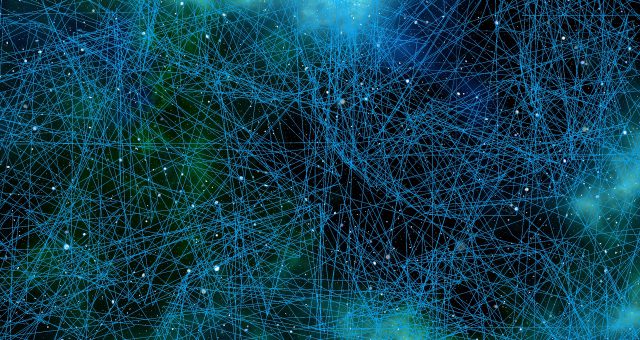 Neuroscience has become an interdisciplinary field with the recent advances in computers, and brain imaging and intervention instruments. Considered a medical field in the past, today Neuroscience is a blooming field that also inspires artificial intelligence (AI) and machine learning, and has implications in numerous areas; from marketing to neuroprosthetics, and even the video gaming industry. To focus on this topic, we took the opportunity to interview Marjana Brkic, a neuroscientist as well as the representative of the Scientix National Contact Point of Serbia, the Centre for the Promotion of Science.

Why is Neuroscience important?

First, neurological diseases are a great burden to society. Even if we managed to cure cancer and heart disease in a person, they are still at risk of suffering from Alzheimer’s disease, a condition that we know little about. Brain diseases are still a dark zone. We are not fully aware of the processes leading to these ailments and we do not have yet developed the means to cure them fully. We have to start putting more effort in this direction worldwide. This is where students come in: it is important to make them understand early in their school life why Neuroscience is important, and raise awareness about it. Alzheimer’s disease is ranked second among diseases that are a burden to Europe. Patients suffering from such conditions need continuous care that can last for up to 10 or even 20 years. A second point is identification: it is hard to categorize neurological diseases because these overlap in the profile of patients. We also therefore need neuroscience to improve our understanding and diagnostics of these conditions. A third important aspect is that neuroscience is multi-disciplinary. Doctors, biologists, molecular biologists, engineers, psychologists, computational neuroscientists and data/computer scientists, as well as physicists and philosophers; they all have a role in this field. The brain is very complex: hundred billions of neurons, with each forming thousands of connections with each other, makes up for a very complicated network. We need all these experts on board to figure out what is behind these electrical functions and processes of the brain, but also to get the most out of this knowledge.

Neuroscience is not all about mental health of course; the field has implications for many other fields, even the entertainment market. Computer scientists can use computer modelling to predict how a set of neurons changes its reaction after manipulating specific factors. As a mechanical engineer, one can develop brain-computer interfaces (BCI). For instance, prosthetic limbs controlled by the brain. Cars can also get information from the brain through BCI. This may be implemented in the future to test car/machine operating skills, by measuring how well a person is focused on the road/task ahead. BCI is also used in the gaming industry. For instance, there is an EEG headset game of Star Wars, with which you can shoot Stormtroopers or move objects by concentrating on the target. Instruments that measure brain signals will get more and more precise, expanding consumer use more and more, in gaming as well as in prosthetics and computers.

Finally in philosophy, new ethical questions emerge due to neuroscience research, for which neuroscientists and philosophers work together to think about the answers to them. Furthermore, psychologists come in to intervene in the psychosocial repercussions of neural diseases.

To rehabilitate the person with a brain disease, or retrain cognitive skills?

Yes, they also raise awareness in the patients’ families, and train them on how to approach the patient. There is a lot of taboo and stigma related to brain diseases. Therefore they try to bridge the gap between patients and the society.

Can you tell us about your background?

It is challenging to pinpoint the exact time when the Alzheimer’s disease actually starts. The hallmark symptoms start developing earlier than when the disease fully manifests itself. We have investigated the role of amyloid oligomers in Alzheimer’s disease, and we have found that in the presence of amyloid oligomers, brain barrier opens and inflammation is triggered, which contributes to the development of the disease. In short, we looked at molecular mechanisms that are in the basis of this disease (https://www.ncbi.nlm.nih.gov/pubmed/27212900).

Can you give us some examples of neuroscientists working in the industry?

Many neuroscientists become clinical researchers in medical/pharmaceutical companies. I also know some enterprises: a start-up called “Backyard Brains”, which develops affordable, easy to use tools for teaching Neuroscience in the classroom, but also to help anyone run their own experiments using affordable equipment. They provide schematics for free, and the code base is open to all. They want kids to better understand Neuroscience. One example from their experiment: one person puts an electrode on their muscle, and the second person puts an electrode on their hand muscle. The second person’s brain impulse produces a twitch in the first person’s muscle. This experiment is called “how you can take away one’s free will”. You get to understand that the nerve impulse is electricity; it can be digitalized, and turned into a muscle-contracting signal. People find Neuroscience complicated, but examples such as this help making it clearer. Some other neuroscientists work on developing robotic arms, or on the making of self-driving cars.

We recently started a project with artists and engineers. The musician will get feedback from the listeners’ brain signals while performing. The feedback will tell her whether the music is producing interest. Based on this info, the musician will move on to different tunes and styles, in an improvised fashion.

Finally, there are professional advocates for Neuroscience. University staff are also involved in the promotion of Neuroscience through initiatives such as the Brain Awareness Week (https://www.dana.org/BAW/), a worldwide initiative taking place in March and trying to raise awareness through public lectures, discussions, movie screenings, etc. It would be more impactful if schools were also involved. If teachers can be informed through Scientix that there is a brain awareness week going on, that can help them learn more about the topic.

How is the job market for Neuroscientists?

With the initiative of ex-US President Obama and the European Commission (EC), awareness and demand increased in the job market. The EC invested almost 2 billion Euros in brain research. Movies also help raising awareness. For instance there is a movie about Alzheimer’s disease called “Still Alice”, and also “Transcendence”.