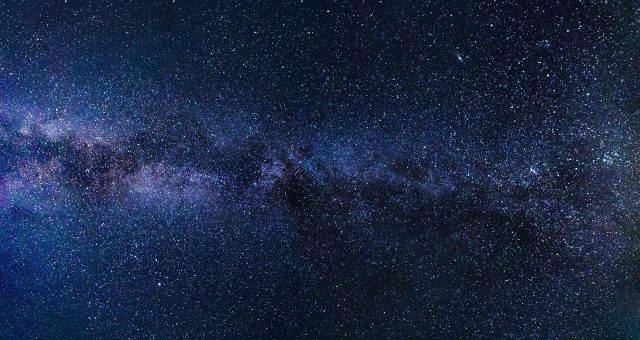 Space for education and society: do we need 100 more years to make a change? It is not a secret to teachers that astronomy is a powerful tool for inspiration. Moreover, if we look at a global scale, astronomy can serve as a tool to develop the economy and tackle different challenges in society.

A key aspect to the development of an educated society with the help of space topics is to start talking about space as early as possible and to make explanations of astronomical phenomena in simple words, understandable by everyone. The best activities and resources are those that can make children feel empowered, and astronomy can help here.

Most probably, at least once in your life, you faced a question from a child asking something that everyone knows, like “why is the sky blue?” or “why does the wind blow?”. You might not have been able to explain it and triggered even more questions from a child. Familiar? Indeed, preschoolers ask the most complex and challenging questions for adults to answer. It is interesting that, regardless of whether a school is located in a big city or in a rural area, the questions are the same – very deep and knowledgeable (for example, why Pluto was expelled from the Solar System, what exoplanets are and if someone will go to live on other planets any time soon). Unfortunately, this capability of asking questions that trigger even more questions than answers disappears with the years. The fundamental skill of asking questions should be developed in all students and sustained in secondary education.

There is no doubt that astronomy on the one hand and other sciences on the other are benefiting from each other. But when it comes to education, they are standalone disciplines. The fact is that some techniques observing scientists apply in astronomy are the same across all scientific disciplines (biology, chemistry, physics…) and it is a scientific approach. The methods scientists use every day are unified as they approach various questions in their own field of science with the same scientific methods. Thus, the sooner we start to teach young minds to apply an interdisciplinary approach, the more it will help them in the future to enter STEM careers, especially research-oriented ones.

The fourth industrial revolution that is on its way is all about knowledge mutations to make a change in how we live, work and relate to each other and to technology, whereas the previous three industrial revolutions were about scientific breakthrough. So what will be the challenge for the next one?

To look forward into the next 100 years, we first have to take a look 100 years back and see how we advanced so far. The ideas behind gravitational waves, black holes and dark energy, predicted in the beginning of 20th century found evidence just couple of months ago (First ever black hole image released).

Let’s have a time trip and imagine a scientist in 1919. There were no computers, no internet, no rockets! The astronomical research is focused on optical observations, and not observations at wavelengths different from a very narrow optic spectre of waves. And what we see 100 years later?
Nowadays, ground-based and space-based telescopes and radio telescopes – by completing observations of each other – make a coverage of a huge part of the electromagnetic spectre. Extremely powerful supercomputers are widely used instruments for researchers to help process huge amounts of data (this can be terabytes in a day or even several hours of observations) quickly and enable scientists to receive results from any point of the globe. Speaking of data, computer simulations will be improving in the next years. For example, to predict a Coronal Mass Ejection that can be harmful for Earth’s communication, scientists work on models that improve year by year.

Radio telescopes and telescopes will be here for the next tens of years for sure and they will only advance. Especially when it comes to space-based telescopes, such as Interferometry, combined with a global approach to astronomy that unites countries and nations will support the new generation of research.

As a big step forward, for example, now 18% of IAU members are women, and this percentage will increase in future. Over the next 100 years, astronomy can be a leader in gender equality in employment, being a first 50:50 field, equally open to men and women. And because it is leading by example, other STEM subjects will definitely follow.

We observe that astronomy is becoming more global – it can truly be named the science of the globe. Thus, those who are steering countries’ well-being and prosperity have to accept that we have to spend time and money on the education aspect.

In many countries of Europe, astronomy research is not getting enough funds (and there are different reasons for this depending on the country, which we will not discuss here), whereas investment in astronomy in South Africa, for example, is at the top in the list of priorities and is part of recently released global African Space Strategy. Communities of scientists emerge there and are strongly supported by the government. By investing in astronomy, this country creates new jobs and supports local suppliers, local communities and SMEs, and trains students. As a result of such investment, scientific output increased in a very short time span, especially when it comes to future scientists – a number of students choosing a STEM field as Master’s degree and PhDs increased rapidly in the last years.

The South African government believes it should continue with investment in technology and science and foster more international partnership opportunities, including links with Europe. The government was convinced to invest in astronomy because a proposal for funding brought by scientists made sense in terms of investment, retention and economic benefits after the implementation of such a project. In particular, satellite observations can help African countries to forecast natural phenomena and influence the well-being of people on this continent. For instance, thanks to space data, drought regions can be efficiently located. Space-based data have application in almost all aspects of our society, for the benefit of all people.

To conclude, astronomy builds bridges between societies, countries and nations, brings prosperity to economy and education. In all these aspects, teachers are at the forefront of bringing knowledge to the future generation of explorers and thinkers, and we have to support and provide awareness to them for a better future for all.

This blog article was inspired by the presentations at the International Astronomical Union’s anniversary event “1919-2019: 100 Years Under One Sky” – Celebration Flagship Ceremony, that took place on 11 and 12 April 2019 in Brussels. For more information on the programme and the speakers, visit this webpage: https://www.iau-100.org/programme-brussels-event