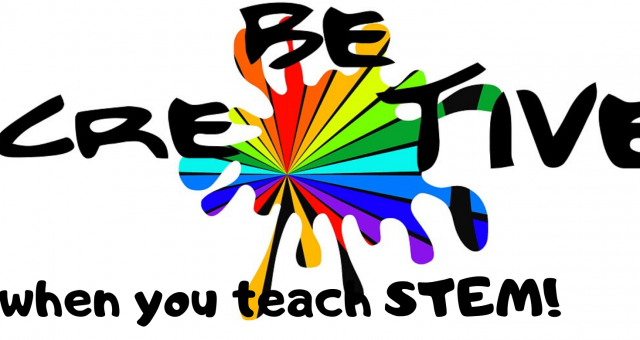 STEM are often disciplines difficult to study and understand for young learners because they require effort and the activation of particular areas of the brain, such as the frontal lobe, which control the ability to make decisions and reasoning and develop from pre-school to even at the age of 25. For this reason, teachers’ role is crucial in developing students’ skills such as ICT and logic practices. Providing them with all the necessary tools and asking them what they need. In an era where often “everything is on the net”, an effort to learn to reason and argue their reasoning can come from perhaps collaborating with their classmates or European peers.

The interdisciplinary approach has always been essential in education and this way of dealing with problems is even more relevant today, in an increasingly interconnected society. For this reason, it is particularly important to underline how crucial it is to carry out cross-curricular projects related to STEM to develop students’ scientific thinking and skills. Collaborating with foreign partners allows pupils to combine the development of scientific reasoning skills with the effective learning of a language other than their mother tongue.

So how can scientific projects be carried out to collaborate with partners from other European countries?

One essential feature to look at is the integration of the project into the students’ curriculum. However, if you have a few hours available, it is also very important to find connections between your subject and the others. A simple example can be done with English or another foreign language: if the target project’s language is not the students’ mother tongue, then it is possible to create educational alliances with the language teacher. However, students need to be engaged with stimulating problems that make learning based on fun and that their curiosity is tickled: all this requires creativity and, therefore, exactly how you can find new ways of using well-known software tools. You can approach new didactic paths by sharing ideas with school colleagues and project partners.

Teachers can use eTwinning to carry out their projects creating close-knit teams and learning together to overcome the difficulties that arise to develop the planned activities.

Let’s have a look at some possibilities to teach Math using a cross-curricular approach.

Teachers can use storytelling. This requires preparing the stories that will serve as a backdrop for virtual escape rooms, it can celebrate symbolic dates for Mathematics like Pi Day by asking students to collaboratively compose triplets or can ask them to collaboratively write a short story using different languages studied by the partner students.

Another idea can be seen in the project “Numb3rs”, involving Math, History, and English: the students, split into international teams, had to deepen the numbering system of a civilization, create a presentation and a test with questions related to their topics to be submitted to the members of the other groups. Obviously, the teachers carried out a tutoring action in order to avoid them copying from online resources; also the reworking and the integration of material from different sources is certainly an important cross-curricular ability that students must acquire. Eventually, all the teams shared the material and all the students involved learned the reasons why the different numbering systems evolved their strengths and weaknesses. The activity ended with an offline debate (made with Padlet – Columns option) in which students’ teams had to deepen the work done by other mates by supporting a different point of view from their own. This was useful for learning how to argue and to understand the others’ reasons.

The last option is quite ambitious but it was possible to carry it out during the health emergency: widening classrooms to a big European class. Due to the lockdown, teachers had to rethink the project plan and they decided to ask students to explain a topic they loved included in their Maths curriculum to the wider classroom of the partners. It was a success! Some students explained Probability, Geometry, and Statistics to their European mates during the project’s final videoconference. This approach can be consolidated as it is a way to create interest in the ones who listen, while the speakers can understand their topic much better as they have to repeat what they learned in front of an audience.

Here you have the link to the TwinSpace of the projects mentioned before: Numb3rs, Escape from Maths, Let’s play Math, Play to Learn.

The first example you can look at is a project named “Physical Awareness” and its different versions like “We run, we learn” until the last one that is an Erasmus+ project called “Science and Sport speak the same language”. Some of these projects received prizes in Italy and Europe, and the main idea was that students get data from some sports activities and analyze them from a scientific point of view. They constructed graphs and tables, learned to write scientific reports, to observe differences, and to better understand experimental errors.

Collaborating online and onsite – when possible – was very challenging for young learners. They could be part of a small community as an international team and everybody could make available to their mates their specific competences and attitudes. For instance, an interesting and creative activity involved running and Ancient Greek language: students deepened Philippides’ deeds, famous for running from Marathon to Athens. Actually, his most stunning feat was running from Athens to Sparta for 240 kilometers in order to request assistance from the Spartans against Persians. Students loved this activity and they translated some passages from Ancient Greek into English, Italian, Castellan, and Catalan. By collaborating, they improved their linguistic and ICT skills, they learned how they could work in teams online, organizing the activities, and choosing what to do when a problem arose.

Another possibility for teachers is hosting a conference in their class and sharing it with their international partners. In the Erasmus+ project, “Science and Sport speak the same language” a school hosted a University professor. The expert gave a lesson about “Energy System in Physical Activity” and, all the classes involved in the project attended the event and could ask questions to the speaker. This is a good example of cultural exchange and, again, a demonstration of how it is possible to enlarge the class by breaking down the physical walls and language barriers.

Another activity teachers can organize is using Tracker and analyzing the videos produced by their teammates living in another country. The students have to understand that it is necessary to include references to the units of measurement, to avoid parallax phenomena in the video shots, to avoid that in some sequences the object for which they want to trace the movement (for example a ball) is out of range and therefore not traceable. All this was done in the project “Hit that ball!” and allowed a greater awareness of both the physical and athletic phenomenon and, finally, of how to make the experiment really analyzable by foreign partners.

Teachers can also implement a project involving Physics and asking students to run experiments. By using online resources such as Next-Lab and its virtual labs, teachers can ask students to run virtual experiments and to verify some Physics laws. It can work very well asking them to collaborate and it is suitable for both older and younger students.

Finally, teachers can ask students to teach their peers by organizing lessons about some topics. The class can decide the teams, they can prepare videos, presentations which can be used to explain the concepts to their mates. You can find more information about these activities in the article (Title: If I read, I forget – if I write, I remember – if I do, I learn – if I explain, I understand) written for the STEM Discovery Campaign Blog 2020, which was selected as one of the winners of the European Prize this year.

As the last suggestion, teachers are warmly invited to visit the Scientix Resources Repository, where they can find much stuff, organized by subject, topic and students’ age, and, together with your partners and school team, decide which is the best one you can use to challenge your students asking them to work, learn and have fun together.

Here you have the links to the TwinSpace of the projects mentioned before:

Enrica Maragliano is Maths and Physics teacher and a passionate Scientix and eTwinning ambassador. She likes learning and trying new teaching approaches for her students so they are more motivated and engaged in their learning path and they can learn many soft skills, not only related to her subjects’, but also to cross-curricular topics.

Featured Image is the author’s own creation – Attribution CC-BY

One Response to “Collaboration in STEM Teaching and Learning”