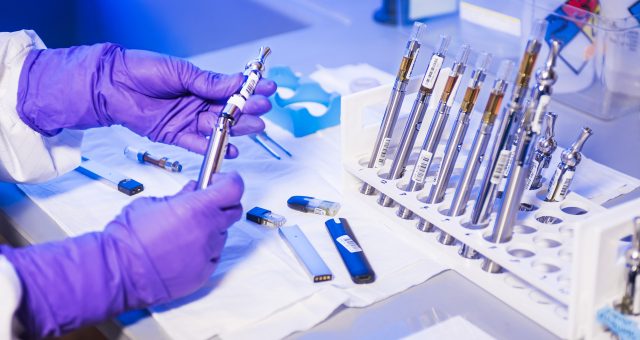 In the science field, countless individuals devoted their lives to their research so that future generations could benefit from their work. Many of these individuals faced hardships, whether it was financial, lack of formal education, or the lack of gender or racial diversity in their field, but they continued on with their studies because they believed in what they were trying to achieve. Children should learn about these science leaders because of their groundbreaking research and discoveries, but also because they overcame their own adversities to pave the way for future scientists.

Rosalind Franklin is one of the many science leaders who made groundbreaking discoveries about DNA. As a chemist and X-ray crystallographer, Franklin was able to use her scientific skills to take pictures of DNA molecules by using X-ray diffraction. In particular, her work showed that DNA was a double helix spiral, and based on her research, other scientists were able to contribute key information to the study of molecular biology. Franklin also took X-ray images of the molecular structures of various viruses, including polio, and was able to help researches better understand them.

Only a small number of people have flown in space, and Mae C. Jemison was the first female African American astronaut. After becoming a physician and serving as a member of the Peace Corps, Jemison joined NASA’s training program in 1987 and flew aboard Endeavor in 1992. During her 190 hours in space, she researched weightlessness and motion sickness on both herself and fellow crew members. After her time in space, Jemison worked with numerous educational organizations, several of which she founded, to help make science accessible for children. Jemison paved the way for females and minority groups in space exploration.

As an African American surgeon, Charles Drew was instrumental in encouraging minority people in the medical field. Drew studied the importance of blood donation and having blood banks, and he directed the blood plasma programs that the United States and Great Britain used in World War II which saved thousands of lives. Drew’s scientific work also discovered key information about blood storage and transfusions, and his work is still directly used today anytime someone requires a blood transfusion or donates blood.

Known for her love of animals, Jane Goodall has made numerous research discoveries about wildlife and conservation. In particular, Goodall studied chimpanzees, but her research efforts have saved countless endangered and near-extinct animal species around the world. In addition, Goodall is one of the few people who earned a PhD without a college degree. Born in England but with a love for African animals, Goodall worked as a secretary before saving enough money to travel to Africa to study these animals up close, and her research and determination has created several animal refuges.

While serving in World War I, Alexander Fleming realized that the antiseptic medicine being given to soldiers and applied to wounds was actually making the infections worse instead of better. After further research, he discovered the enzyme lysozyme which eliminates harmful bacteria. However, his greatest scientific discovery was penicillin which he found after leaving out some research while on vacation. Penicillin is an antibiotic that is heavily used in modern medicine as a treatment for many infections and illnesses. What Fleming first thought of as a mistake ended up becoming a monumental discovery in the medical field.

Born in Croatia and immigrating to America as a young adult, Nikola Tesla made countless scientific discoveries and inventions that shaped our transportation industry. After working for Thomas Edison for roughly a year, Tesla tried starting his own company but faced financial hardships which led him to join Westinghouse Electric Cooperation, and years later after working on his own again, his lab, including all of his work, was destroyed by a fire. Despite numerous setbacks, Tesla is credited with inventing the alternating current (AC) motor, the Tesla coil, and a list of many other groundbreaking products.

Alice Augusta Ball was a chemist who found a cure for Hansen’s Disease, commonly called leprosy. While earning her master’s degree in chemistry, she studied the chemical components of kava, a herb used for calming and sedative purposes. Her research connected her with doctors studying leprosy, and she chemically modified the leprosy treatment to make it water-soluble and easier for the human body to absorb. After Ball died at age 24, another doctor published her work without giving her credit, but other doctors she worked with fought to have credit given to her, which it later was.

After studying these 7 extraordinary scientists, children will be able to see that anyone can make contributions to science. No matter ones gender, race, education, or financial status, anyone can study science. Jane Goodall had no college education but earned a PhD and has opened animal sanctuaries across the world, and Mae C. Jemison worked as a doctor before becoming an astronaut. Anything is possible when you believe in what you are studying and persevere through the hardships you encounter.

Valerie Cox is a contributing writer for LOC Scientific. She enjoys working with children in science camps, and in her spare time, she likes to study space exploration and human anatomy.

4 Responses to “7 Science Leaders to Teach Your Children About”