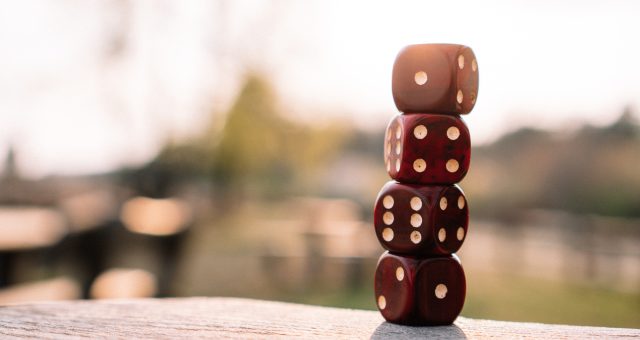 The answer to this question: motivation. Gamification carries an important pedagogical value in education, as it represents a dynamic and stimulating way to challenge my students aged 15-18 years old. Specifically, the term “game-based learning” refers to the integration of a game, or game elements in the teaching process to achieve predetermined educational outcomes. In my classroom, I have been using this approach successfully for the last two years. I opted for the use of well-known games such as Hasbro’s Monopoly, M.Y. Traditional Games’ Ludo, Traditions’ Snakes and Ladders or any similar board game that can be commonly found in people’s homes.

What are the learning objectives?

Game-based learning can be adopted in any introductory lesson in every STEM subject, and the activities can serve as ‘’ice-breakers’’. I have chosen to use it while approaching the topic of “Interest rate,” an important aspect of financial mathematics that students will learn this year.  The pre-determined aims of the lesson were the following:

However, the learning objectives extend beyond the gain of new academic knowledge from part of the students. In fact, the board games involved in the lesson are originally intended for 4 players, which perfectly suits the group principle of 4 to 5 participants as the basis of modern pedagogical practice.  Therefore, by playing in teams, the students will also exercise different skills contributing towards their personal or social development such as communication, critical thinking, collaboration. Students are expected to form close relationships with their peers, connect traits and behaviors that can influence acceptance and promote respect. Most importantly, students will become confident and learn how to believe in their personal potential.

In order to integrate game-based learning in my classroom, I will provide an example of how my students and I have used Ravensburger’s Star Wars Labyrinth in the explanation of the concept of  “Interest rate”.  The original Star Wars Labyrinth game consists of :

When I use the game in my classroom, I maintain the original rules except turning the 24 symbol cards into cards that contain information about the concept of “Interest rate.” I am listing below some advanced Financial Mathematics principles about interest rates that can be examined while using the cards, ideal to be used in classes of older students:

Teaching about formulas and computational thinking

Other relevant concepts that a teacher can consider using to instruct their students about formulas include the below:

Added value of the game and assessment of the predetermined outcomes

When adapting the game “Star Wars Labyrinth” for academic educational purposes, I have told my students to imagine the game board as a financial market. In the original game, each player finds the pawns belonging to their symbol cards and aims at collecting those symbol cards in the maze. In an imaginary financial mathematics game, a player does the same thing except that they read out loud and copy on their notebook what is written on the cards as they collect them along the maze.

At the end of the game, students will be given the summary of the lesson regardless of the game. However, in this way, they were introduced to the content of the lesson with an alternative and original approach that carries pedagogical value, as well as encourages the development of social skills. A winner will also be elected to motivate the students to engage in the game. May the force be with you!

About the author:  Ivana Prezzi graduated in Management at the University of Economics in Zagreb in 1999. In the past, she worked both in several companies and as an entrepreneur. Today, she is a teacher who enjoys passing on her knowledge to students and working with them. She teaches Economics at The Commercial and Trade School of Split, Croatia, EU. Along with loving  Economics, she is also a fan of games.

3 Responses to “Teaching Mathematics with the use of board games”