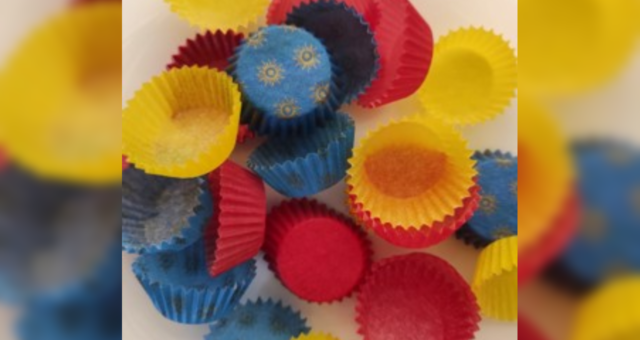 Eighth graders were asked to investigate how the speed of a falling body depends on the height from which the body is dropped. As a body, paper muffin baskets had to be used and dropped from different, relatively small heights, and the falling time measured. For more accurate measurement, you can use an application that analyzes the recorded video and provides information about the time and distance travelled. The collected data were to be presented in an s-t graph, analyzed, and conclusions shared with other students in class. The activity is suitable for eighth-grade students to repeat the topic “Movement and Force” and also for first-grade high school students. In addition to understanding Newton’s laws and clarifying the force of air resistance, the notion of critical velocity is introduced, which, although not part of the curriculum, encourages students to think and further research. For example, how body mass affects the rate at which a body falls in a real environment where there is air resistance. Using the mentioned baskets, we can get a much larger mass with a slight change of shape by putting three or four baskets in each other (due to the thinness of the paper from which they are made). This corrects the misconception that air resistance depends solely on the body shape that students most often acquire (for example throwing a full and empty bottle from a small height that falls at the same time).

We often try to find activities in which students are maximally engaged and with which we can examine the adoption of as many outcomes as possible. It is normal to expect that when we perform experiments after the topic is covered, students draw conclusions in advance based on the knowledge they have acquired so far and that they do not pay much attention to the perception of what is happening. It is therefore important that we present them with challenges in which what they observe contradicts already acquired knowledge in order to develop the skill of objective observation and critical thinking as independent thinking whose starting point is information and awareness of problems to be solved.

We live in a digital age that is fundamentally different from the previous ones especially when it comes to children, learning and teaching. Today, children spend a lot of time at the computer, either on social networks, playing computer games or surfing the Internet. Information and communication technology has become an integral part of life, so we have included a simple application in this activity.

VidAnalysis is a multi-purpose application that allows video analysis of an event. For example, with the camera of your smartphone or tablet, you can record the free fall of a small ball and then analyze the video by highlighting the object whose movement you observe in each video view. In this way, you can display an s-t, v-t graph of body motion via the application.

When processing free fall, we teach students that if there is no air resistance, such as in a vacuum, bodies of different masses fall at the same speed, which is different from what they experience in the world around them. As the challenge in the classroom is to achieve a vacuum, as an introduction to the activity we demonstrated to the students the free fall of two bodies of the same shape and different masses from a relatively small height. For example, two bottles of the same shape, one full and the other empty from a height of up to two meters, where they, to the surprise of the students, fall at the same time.

We then set the students the task of dropping a paper muffin basket from a height of 30 cm, 60 cm, 90 cm, 120 cm, 150 cm and 180 cm and measuring the time it takes for the basket to fall to the ground. The free fall of the basket was to be recorded with the VidAnalysis mobile application, and using the same, the results obtained should be recorded in a table and an s-t graph and v-t graph drawn. From the graphs, they had to deduce what kind of movement it was. What they expected was that they would get a uniformly accelerated motion, but the results were surprising for them.

This leads them to the conclusion that a body of higher mass accelerated longer and thus reached a higher speed, but also that it was affected by a higher force of air resistance because it was equal to gravity and we conclude that the force of air resistance increases with increasing body speed. As an example from everyday life, we ​​can cite the feeling of an outstretched hand when riding a bicycle.

In the end, we conclude that if we drop bodies of different masses from a height high enough to reach critical speed, gravity and air resistance will be equalized at much lower velocities in bodies of lower mass than in bodies of greater mass. speed and thus fall more slowly (Figure 6 – Notes taken during the implementation of the activity).

As a complement to the activity the students made their parachutes for the eggs, which they threw out of the classroom window and recorded, and again using graphs from the app, they had to conclude whether their parachutes had reached critical speed or not. In the end, they wrote a report on all the activities carried out, their observations and conclusions.

Demonstration experiments, whether teaching or research, conducted by students themselves are intentionally challenging natural phenomena for their observation and study.

In addition to the development of student competencies based on research-oriented regular classes, the activity can be used in additional physics classes and for the realization of creative student homework and projects. The advantages of activities and data processing with a simple application are multiple: they enable the visualization of experiments and shorten the time of their execution, the application is easily accessible and easy to use. The accessibility and simplicity of the application enable work in small groups, teamwork, project work as well as research-oriented teaching of physics.

The activity is particularly valuable – even if students do not fully understand the phenomenon of critical speed – the research can serve to discover and correct a number of misconceptions related to the movements and forces a teacher may face.

We thank Dr Stuart Kohlhagen for the idea for the activity, to Planinka Pećina, prof. for encouraging us to publish it, and our students who enthusiastically accepted it.

Marija Gaurina is a physics and computer science teacher and teacher mentor in Technical and industrial secondary school Ruđera Boškovića in Sinj, Croatia. A Scientix ambassador for Croatia since 2016. Microsoft Innovative Educator Expert, National Geographic Certified Educator and PhD student of methodics in STEM at the University of Split.

Danka Pažanin is a physics and mathematics teacher in Elementary school Ivana Filipovića, Zagreb, Croatia.  She is interested in real and virtual laboratories. At the moment she cooperates with dr. Stuart Kohlhagen also known as Science Nomad.